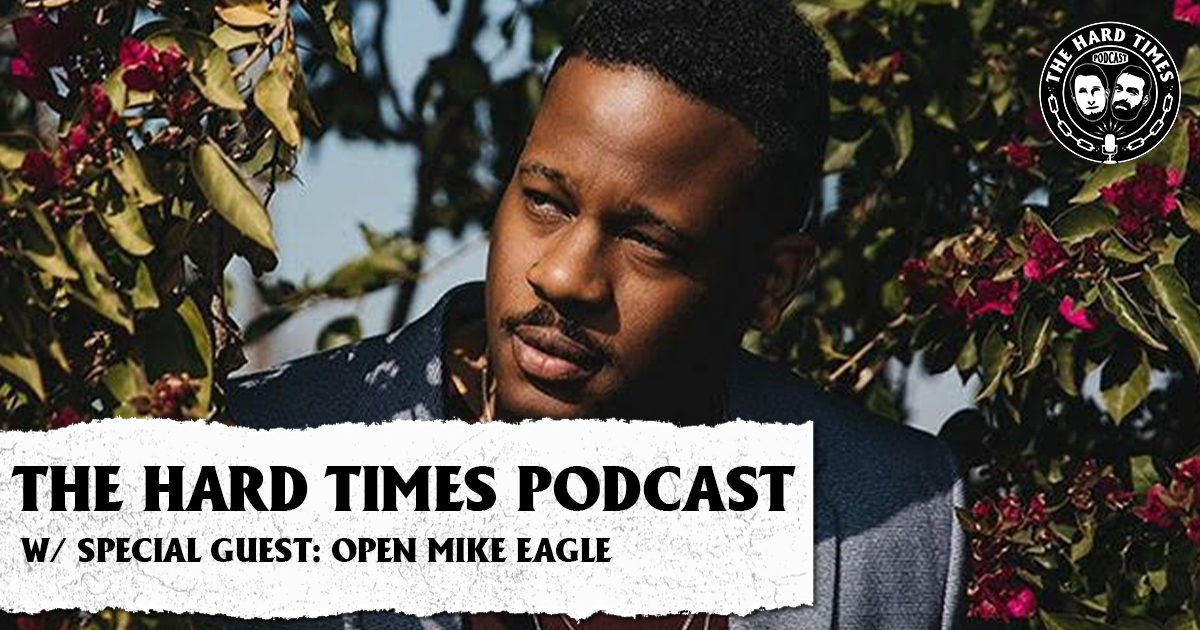 Rapper and comedian Open Mike Eagle is a wrestling fan, so he’s no stranger to kayfabe. On this week’s episode of The Hard Times Podcast, he tells Matt and Bill about the opportunity that came when Kentucky wrestler Shiloh Jonze started hounding at him online.

“I think he was fishing for somebody like me, who would either get offended or have enough info about the biz to pretend to be offended enough to go with it, so he could just keep piling on.”

Mike went down to OVW in Louisville to train up. “I trained for a day and a half. Al Snow literally taught for that match.”

This is a wrestling-heavy episode, with discussion of Mick Foley, Matt’s online mutual Tony Schiavone, and which wrestler Mike wanted to emulate before the match.

“You know what Al told me that I always try to remember? He told me to get all that stuff out of my head and try the best I could to be my actual self offended at what [Shiloh] is doing. But if I think about what wrestler I would want to embody it’s probably crew cut, blonde hair, pink tights Sting.”

To hear more about wrestling and Open Mike Eagle’s new podcast network, check out this episode of The Hard Times Podcast.