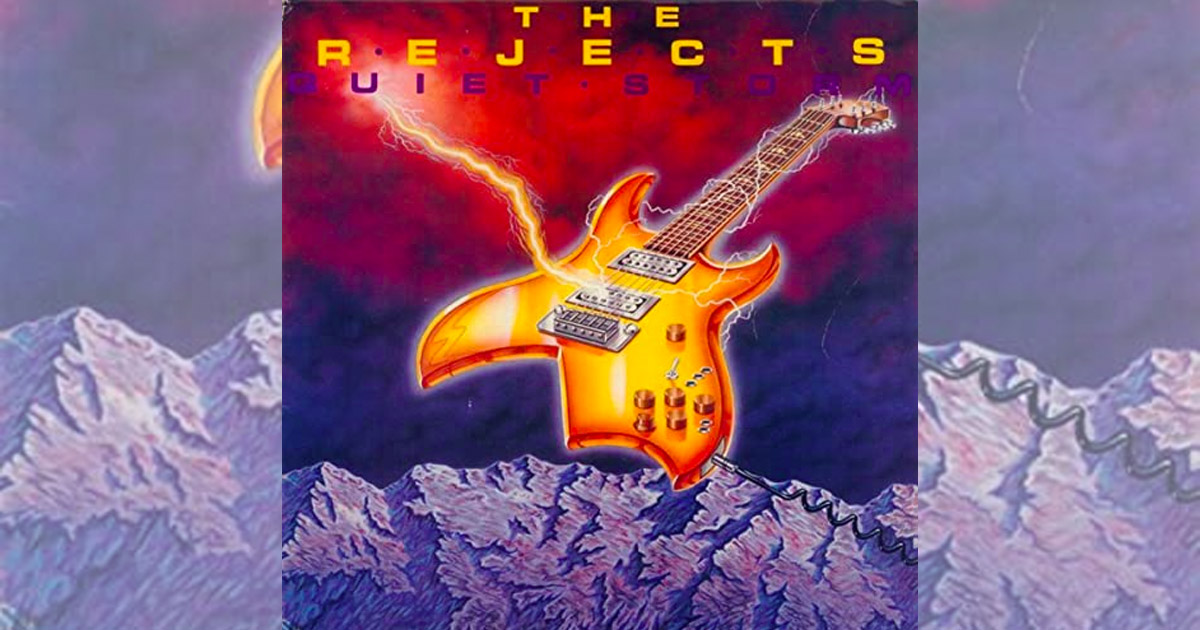 For many people, the creation of hardcore punk during the 1980s was a much-needed and welcomed reaction to the pioneering punk bands, who not only changed their abrasive sound, but were quick to sway themselves into the mainstream rock world they were apparently looking to dismantle.

But when the units who established the hardcore scene like Britain’s Discharge or California’s TSOL also began to expand outside of the loud-n-fast template and put out records crammed with pompous, side-long tracks and sad attempts at the kind of hard rock tunes found on MTV, they too felt the wrath of supporters angry at being fooled a second time around. Below are ten examples of these ill-advised discs that might have been just a departure to the bands, but were an utter disappointment to their fans.

Arriving from up north just as the initial UK punk bands like the Sex Pistols and Generation X began to flame out, the Angelic Upstarts were quickly seen as the band to lead the newly founded genre into the next decade, by both punks and journalists alike. But those who passionately pogoed to the strains of tunes like “Teenage Warning” and “Out of Control” must have been absolutely mortified when they laid the needle upon the bands’ fifth album, Still From The Heart.

Perhaps under the influence of the New Romantic bands popular in the country at the time, the album is lush and synth-driven and holds not a hint of the menace contained in their earlier material. And although the bands’ next album Reason Why? had a very slick production job, it was undoubtedly a return to form when compared to the disaster of its predecessor.

Where many hardcore units bided their time before unleashing the album that would lose them fans, Bad Religion decided to quickly trail their best-selling debut How Could Hell Be Any Worse? with Into The Unknown, an album inspired by the progressive rock bands they loved prior to discovering punk.

Riding in on a wave of synthesizer sheen, the opening “It’s Only Over When…” comes off more like a half-baked New Wave tune than a mellotron-fueled opus, but “Time and Disregard”, the seven-minute long track which closes out the first side, certainly makes a valiant attempt at emulating the long-winded style of Emerson, Lake and Palmer. But where many bands never bounced back from such experimental records, Bad Religion oddly enough went on to be one of the most successful punk bands in the world and never again deterred from their patented straight-forward formula.

When British music journalist Garry Bushell discovered the Cockney Rejects on the east end of London in the late ’70s, he declared them the proper working-class voice needed in a punk scene mostly made up of upper-class, art school-educated folks.

As the racist skinhead phenomenon started to sweep the country and the media quickly and falsely linked the Rejects to the movement, they retreated from punk and released Quiet Storm, an album packed with boogie rock for those who don’t know how to boogie and sappy piano ballads like the six-minute long “Back From The Start”. A truly difficult album to get through in one sitting. Trust me.

Dag Nasty’s debut LP Can I Say was a significant record for punkers both old and new when it landed smack dab into the middle of the ’80s. Containing former members of Minor Threat and DYS, the album proved Dag Nasty to have the same speed and vigor as their previous bands while also giving a glimmer of hope this hardcore thing might have some longevity.

Released at the height of the youth crew movement, Field Day was not the loud ‘n’ proud hardcore heard on Can I Say, and instead was a weird mishmash of tracks that varied from the white-boy blues of “The Ambulance Song” to the heavily R.E.M-ish “Dear Mrs. Touma” to a pro-booze pisstake of their straight edge anthem “Under Your Influence”.

Coming out of Britain with their charged look, monstrous sound and apocalyptic lyrics, Discharge were made instant messiahs of the nascent hardcore scene, as evident by the many bands who sprang up worldwide instantaneously mimicking their entire presentation.

Though the bands’ covertly heavy metal style is what drew underground metal bands like Metallica to their records, I think even they would declare Discharge’s second album Grave New World to be in the style of those who were dinosaurs of the genre. With vocalist Kelvin Morris’ once gravelly bellow now a falsetto that would make Robert Plant cringe and its cheesy plodding rock riffs, the record lost them most of their spiky-haired fanbase until they returned to their classic sound on their self-titled fifth album from 2002.

In 1984 when the English Dogs’ released their second twelve-inch EP To The Ends of the Earth, it was considered one of the first slabs to prove the merger of hardcore punk and heavy metal just might work. Two years later while the likes of Corrosion of Conformity and the Cro-Mags were being cited as the godfathers of the crossover scene, the band released their first fully-fledged Heavy Metal album, Where Legend Began.

Housed in a gatefold cover with artwork more fitting for a band like Yes, the album appears to be a harebrained attempt at a concept record due song titles such as “Middle Earth”, “The Eye of Shamahn” and “A Tomb of Traveller’s Past” and a lot of studio trickery bridging the tracks together. Yet, after the many tries I’ve given this record over the years, I’m still at a loss as to what the actual concept of Where Legend Began would be.

Known as the one of the first bands to push straight edge philosophy to the absolute hilt, Boston’s SS Decontrol quickly gained legendary status around the country due to the ferocity of their first two self-released albums, 1982’s The Kids Will Have Their Say and 1983’s Get It Away.

With their final album Break It Up, the bands’ teenage love for hometown heroes Aerosmith had finally got the best of them as evident by the riffs on tracks like “Screams of the Night”, “Blood Flood” and the chugging title cut. And even though Break It Up was a very sour note for the band to leave on, it never once tarnished their reputation as the band who branded straight edge.

With its stark graphics and washed-out live shot taken by Ed Colver, the cover for Southern California hardcore legends TSOL debut EP from 1981 is one of the most iconic to come out of the first wave of vinyl from the burgeoning music scene. Sadly, the same cannot be said for the cover of their fifth album, Hit and Run, where the band looks primed and ready for the Sunset Strip complete with teased hair, headbands and fancy-ass leather jackets.

Unsurprisingly, the music contained on the record is a lackluster attempt at the type of dime-a-dozen hair metal units that dominated MTV and mainstream rock radio at the time. Although the band has returned to their roots in the past few years, Hit and Run will always be a confusing and comical blemish on their career.

When Orange County California’s Uniform Choice released their burly-sounding debut album Screaming For Change in 1986, it seemed their mission was to regenerate the straight-edge scene that was abandoned a few years prior by bands like Minor Threat and SS Decontrol.

But by the time of their long-awaited follow-up Staring Into The Sun in 1989, it was obvious even they were bored with lightning-fast rhythms and lyrics about the evils of alcohol due to the acoustic introduction to the title cut, the cosmic cover art and the Jim Morrison-like appearance of their once burr-headed vocalist, Pat Dubar. As expected, the band was quickly shunned by the straight edge contingent and broke up by the end of the decade.

Much like their New York City peers Youth of Today or Bold, Warzone were seen as leaders of a renaissance in hardcore calling for the return to the no-frills sound and ideological lyrics the scene was founded on. So, it was a real confounding wallop to the face when the band closed out the ’80s with their third full-length full of unfocused and tepid funk-infused metal.

It’s a tall order to pick out what might be the worst track out of the ten songs, but my pick is “Judgement Day II (Your Time Will Come)”, an inept rewriting of Black Sabbath’s “Symptom of the Universe” presented as a sequel to a track off their classic debut LP, Don’t Forget The Struggle Don’t Forget The Streets.