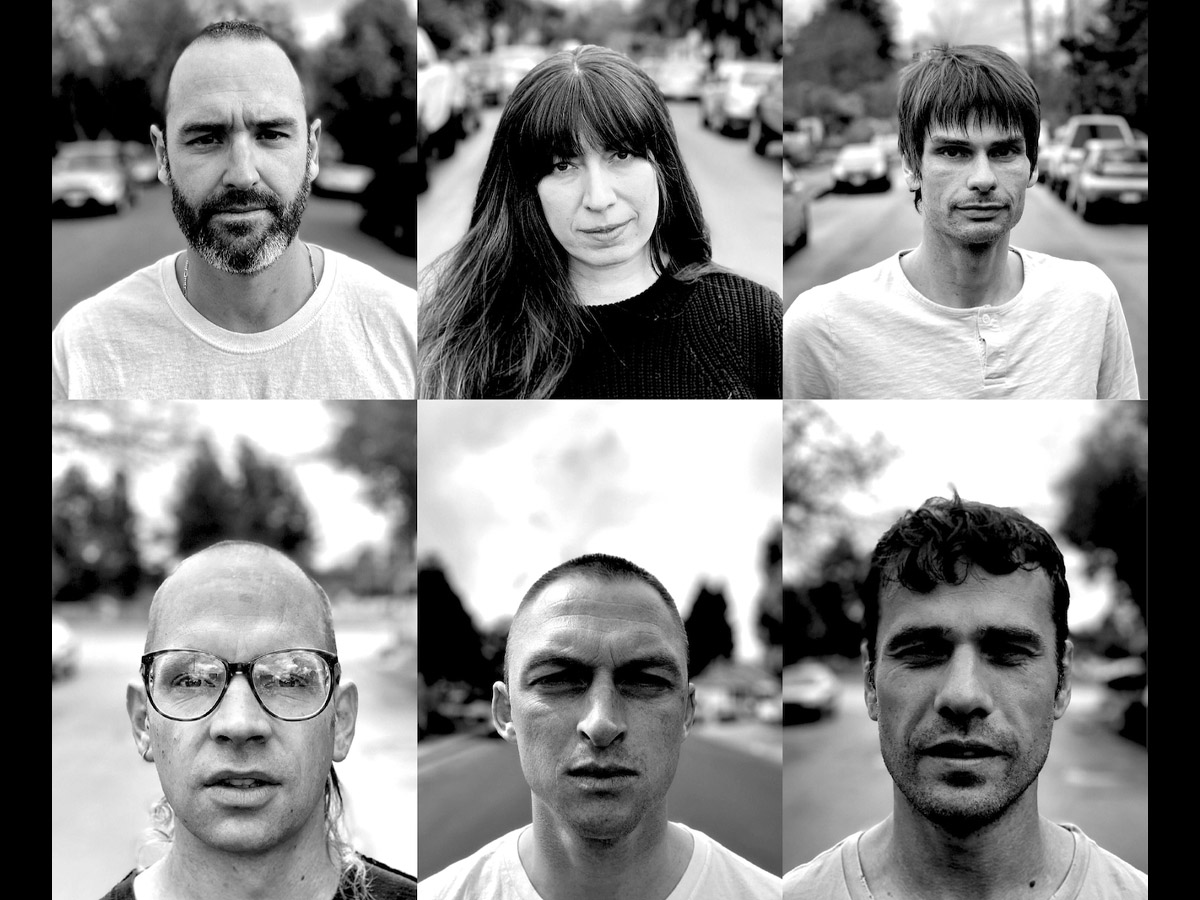 On July 17th, DAIS Records released the debut effort from Spice, a new band featuring some familiar old faces, namely members of Ceremony, Sabertooth Zombie and Creative Adult. Originally formed in the demo stages by Cody Sullivan (Sabertooth Zombie, No Sir), Ceremony frontman Ross Farrar and drummer Jake Casarotti joined on with guitarist Ian Simpson (Creative Adult, No Sir), and violinist Victoria Skudlarek to round out the lineup, creating a nine track LP that combines elements of indie, post-punk and garage to form a sunny record with high playability and even more repeat value. It sways like Joy Division, rips like the Wipers but with hooks like Bows & Arrows-era the Walkmen.

Between Spice and Ceremony, who just celebrated the year anniversary of In the Spirit World Now, we felt the need to check in with frontman Ross Farrar about the new project, the anniversary and effects of COVID-19. The results of our conversation is below.

[Editor’s Note: Ross Farrar and Ceremony spent significant time playing shows and on the road with Riley Gale and Power Trip. Although he did not wish to comment on the passing of Riley at this time, his band offered their condolences]

Hard Noise: Can you give us a crash course on the genesis of Spice?

Ross Farrar: Sure. I was in grad school at Syracuse University, my second year in 2017. I was talking to Cody Sullivan, who is the bass player in Spice, and he told me that he’s been working on some stuff, playing with a couple of different people, and that they needed a vocalist. So I said “yeah, let me hear it, send it over.” I took a listen to it and immediately loved it. So they started sending me demos while I was in grad school and I started slowly piecing together the lyrical work for it. A year later, 2018, I came home for Christmas break and that’s when we got into the studio with Sam Pura and recorded the songs.

It wasn’t really a serious thing — we didn’t have any plans for touring or anything. So we figured that since we forked over all this cash to record it and since I know a bunch of people in the music industry, I figured I would send it to a few different friends of mine and see what people said. Dais were the first people I sent it to and they said they would like to put it out. At first they said “this is pretty and it might be a little too rock for us normally, but we’re down to put it out.”

So Ceremony has put out a new version of In the Spirit World Now? What’s going on with the band lately (as much as any other band, obviously)?

It was almost a year to the day [since we] released the record initially… I guess that record we put out, it’s still “current,” but these remixes are just different approaches to those songs. And since we can’t really be touring right now, we thought it would be kind of a nice extra thing for people to listen to in their spare time or whatever.

That brings me to a question that I’ve had regarding the state of rock music and the prevailing singles culture. Considering that we have such a playlist/singles culture now, with streaming and how songs are released by rap artists, why is the album such an important thing for rock bands? Why aren’t more bands following “the Drake model” of spacing out several singles, and then an album further out?

Yeah, good question. I don’t know. I think culturally speaking, a lot of the youth culture right now is looking toward the nineties generation. And even in the nineties, they were kind of starting to let go. Spice is going to be releasing some singles in the next year, and I originally wanted to do LP singles, which is more dance music — house, dubstep, or anything like that. That’s where people can actually make some money off a 12-inch single, but I think it makes more sense to do seven inch singles.

And I think really the only reason why is we grew up in punk and hardcore and were all records nerds. We collected different colors of things and just kind of liked the feeling of it. I know we’re still holding on to that sensibility. But yeah, instead of releasing three singles within weeks before the release, we want to do it every couple of months. We want to release singles so we can stay listenable to people and not fall away into obscurity.

As a lyricist and a person with a Master’s in Poetry, can you talk about some of what you were reading going into this Spice record?

I was in grad school at Syracuse, so I was reading so much different stuff. I think I was doing a course on Eastern European poetry at the time, so it was reading Paul Celan, Wisława Szymborska and others. Also reading a lot of this Chilean poet Nicanor Parra and a lot of ethics and stuff, a good amount of academic work. Writing for the Ceremony record was going on at the same time, so it was pretty difficult to balance all of the different stuff.

One of the things that’s most interesting on the Spice record is the inclusion of the violin. How did that come about?

Cody tried to start another band before Spice and Tory was a part of that band. I think he just wanted an instrument in the band that was distinctive and a little bit different. It was great because we were making these kind of more pop, structured songs, and the violin is very somber and dark sounding — kind of almost an instrument of death. So it was the perfect, perfect thing to put in there.

What’s really remarkable about Spice is that every person in the world is pushing their record release off a year, and meanwhile that came out in July. Was it always the plan to put the record out in July?

Yeah. We’ve had conversations amongst the band members of all the bands. I totally see the side of people wanting to not release their record until they’re able to tour with it, because let’s be honest, that’s the only way you can actually make a buck these days. But, my notion of it, especially with Spice, is that we haven’t really had any stage time yet. So we just decided, let’s just give it to the people and see how they take it. And we think it was a good move because not a lot of people are releasing stuff. So we thought it might be kind of like a diamond in the rough during all these hard times.

At the risk of sounding crass, do you think you might have benefited from the fact that everything’s quiet, there aren’t a ton of new releases, and you’ve got a fresh new record?

Yeah. And, the record is kind of poppy — like, this hopeful sensibility to it. It’s a dark record of course, but it has a little bit of optimism attached to it. It’s kind of reflective of what we’re going through culturally right now. So we thought it was a good move on our part.

How has COVID affected you either personally or creatively? Outside of the wider scope that everyone is going through.

Yeah, my partner, a couple of her family members actually passed away from it. She had a couple of cousins — she’s Iranian and they’re over there, and they got hit pretty hard and, you know. It’s been terrible. And we’ve heard things about friends, or friends of friends and things like that, who have gotten really bad. So it’s been gnarly. Me personally, I’ve been kind of forced to be in the apartment like everyone else. I’ve been making things and I’ve been trying to like dive into different mediums, like water colors and just trying to learn how to play the guitar or whatever. So I think that’s a good thing. I don’t know if I would have done that if I wasn’t holed up like this.

With COVID-19, a lot of people are digging into all time classics for comfort. What are some of those records that you’ve enjoyed?

To be honest, I have actually been listening to a lot of new music, but some of the old ones are A Tribe Called Quest’s Midnight Marauders, David Bowie’s Heroes, Christian Death’s Only Theater of Pain and Leonard Cohen always. Lou Reed’s Transformer right on deck now.