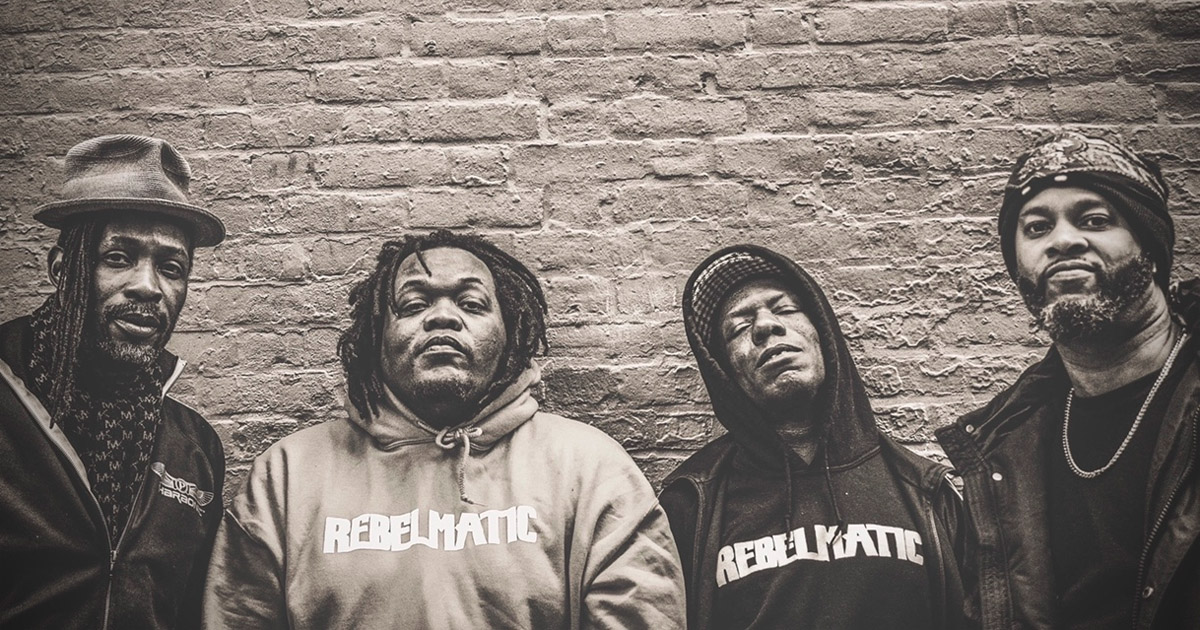 Up the Blunx is a podcast where two Black punks from different walks of life get together to voice their opinions on everything from straight edge to condiments to the police. The show, from comedian Kevin Tit and End It frontman Akil Godsey, regularly features music from Black artists. In this series, we dig a little deeper into the artists behind the music featured on Up the Blunx. This week’s Q&A is with Creature of Brooklyn’s Rebelmatic, whose song “Insult to Injury” (off new album “Ghost in the Shadows”) was featured on episode 4.

How did Rebelmatic come about?

I came up with the name and concept about a decade ago when an associate from high school and I were speaking about fusing some of the influences we had in different genres of music — hardcore, punk, funk, and hip hop. Our origins are pre-gentrified New York City and the name is inspired by the Public Enemy song “Rebel Without A Pause”.

What age did you get into punk and what about it attracted you?

Fifteen. I was attracted to the energy, the message, and the anger. To be honest most people who get into hardcore/punk are going through some things in their life. They don’t feel like they belong or are feeling alienated, or something going on in their home life attracts them to it. That was the case for me.

What inspired the name Creature?

My sister gave me the nickname when I was really young. Creature is a human being and living being by definition, I’m a human being living through music.

Congrats on your new album “Ghost in the Shadows”! What’s the inspiration behind the name and what was the song writing process like?

Thank you. My daughter came up with the name of the album. I was putting her to bed and she said “Daddy, daddy, there is a ghost!” and I’m like “where?” She’s looking at her reflection and states, “There’s a ghost in the shadows.”  She is the girl on the cover.

The writing process is organic. We jam out and I write on the spot, and jot stuff down all the time. We play the songs out in our practice space before we record to get the best feel for them. Everything is very natural.

What message would you like Rebelmatic to instill in the next generation of young black punks?

Follow your heart and live your truth. And if there isn’t a voice that speaks for you? Become it. Realize you don’t have to negate your blackness to be Punk.