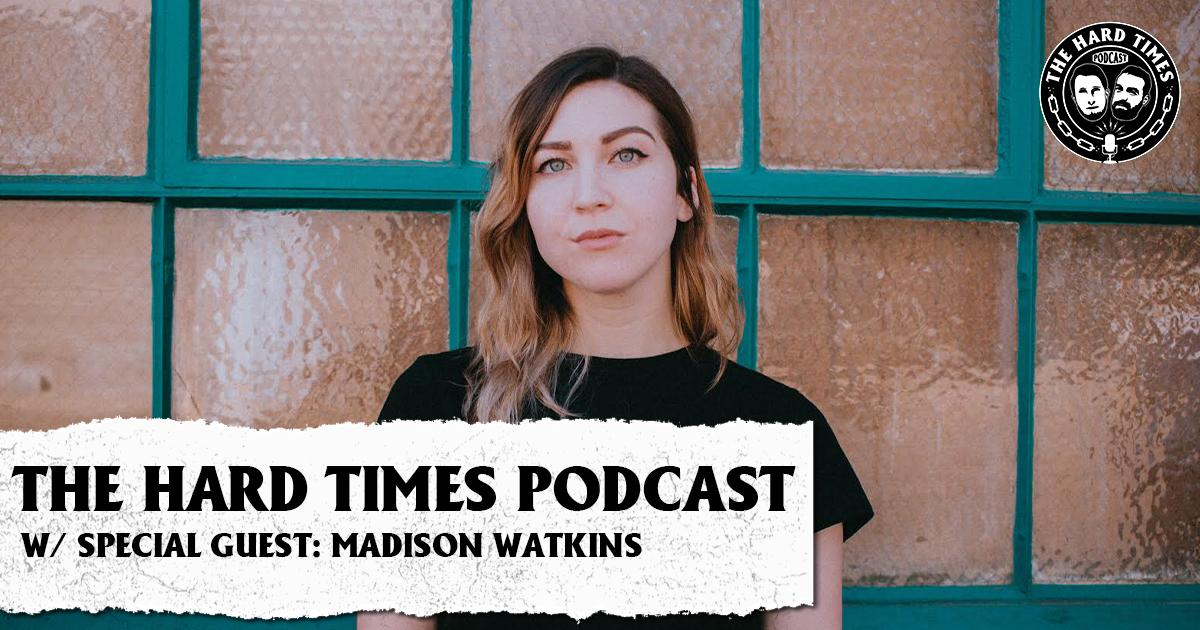 Year of the Knife’s Madison Watkins Majored In Musical Theater

You don’t find too many hardcore kids at artsy middle schools, which was just the problem Madison Watkins found herself in growing up. On the latest episode of The Hard Times Podcast, Matt and Bill talk to the Year of the Knife bassist about why hardcore has always resonated with her, even when it was tough to get a band going.

“Going to an arts middle school, there weren’t a lot of kids who liked hardcore or heavy metal,” explains Watkins. “They mostly liked showtunes… And I was a musical theater major so I can’t lie,  I also don’t hate showtunes.”

She continues, “You know those stupid ass flash mobs? After that was popular, you would be eating lunch and then like a whole section of the room would be doing flashmob shit. I was like, god, this is too much.”

“How many were you involved in? Be honest” inquires Matt.

To hear more about being hardcore at an arts school, Madison’s company Candy Corpse, and the time she had a pet alligator, check out the latest episode of the Hard Times Podcast.