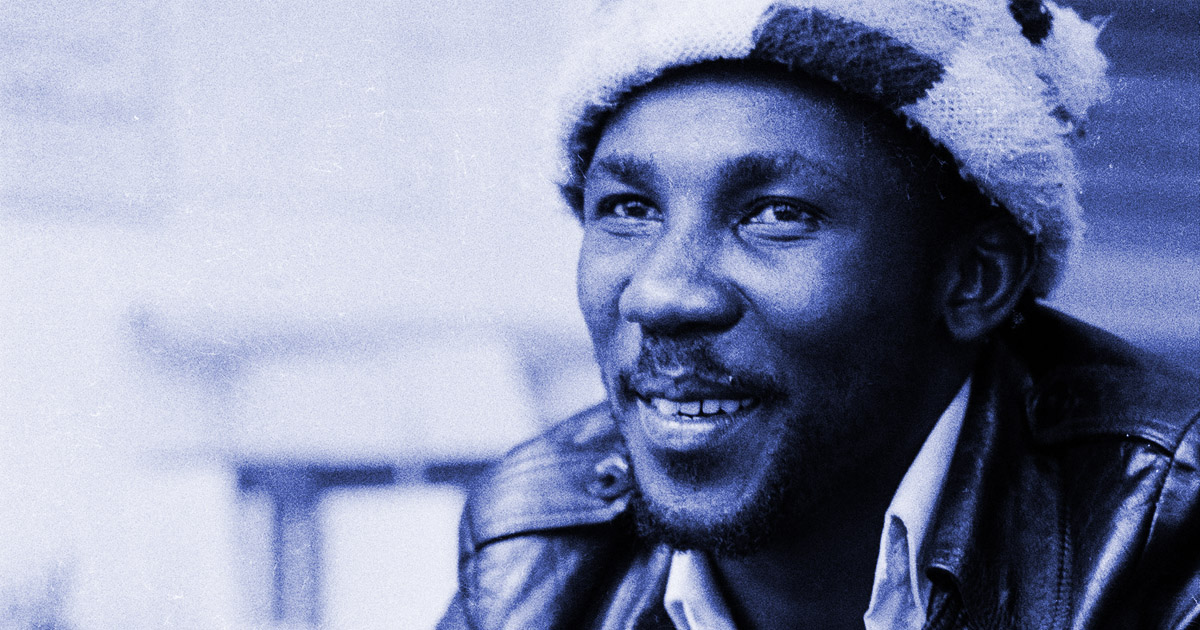 Reggae and punk will be forever entwined. The musical innovation of the tiny island nation of Jamaica wound up reaching across the Atlantic to hit England, hard. In 1977, as punk rock exploded white angst on the London youth culture, Reggae was the foundation holding the entire scene up. The two counter-culture movements of working-class street rebels were natural friends. While the heavily reggae-influenced punk band The Clash is the most famous example of the union between the two sounds, very few of The Roxy Club bands of the era were immune to reggae’s massive influence. The Damned and The Jam would play reggae records between their sets, the crowd often preferring the records over the live bands. Even Goth music originator Bauhaus’ first hit “Bela Lugosi Is Dead” has a dub-influenced guitar.

“To me, reggae is a synonym for life.”

As the sounds and movements aged, and different groups adopted reggae as their own, the two scenes drifted apart. But many punk bands continued to carry the reggae torch. The Specials and Madness drove the 2-Tone Ska movement of the ’80s. Stateside, the third wave of pop-punk influenced ska of the ‘90s produced bands like The Mighty Mighty Bosstones. Radio darlings like No Doubt and the dreaded Sublime owe their entire existence to the musical crossover. Arguably Berkeley dirty kids Operation Ivy, and eventually Rancid, blended the two with the most justice.

In the early 1960s, when a young Bob Marley was asked what success would look like, he said if The Wailers could be regarded like The Maytals, he would have made it. Toots and The Maytals were the biggest thing to come out of the early ska scene. They were one of the first Jamaican singing groups with a full-length record, and even the term Reggae was coined from The Maytals 1968 hit “Do The Reggay”. In the talent-packed scene of Jamaica, Frederick “Toots” Hibbert stood tall. His popularity helped place reggae on the world stage, eventually leading to its global mass influence.

Toots’ strong vocal stylings have been long compared to all the greats, including Otis Redding and Marvin Gaye. Growing up singing gospel in West Jamaica built his powerful voice; he was famous for holding the mic at chest level to avoid causing feedback. Toots was orphaned at the age of 11 and ended up raising himself in Kingston’s infamous Trenchtown. His hard early life, which included an 18-month stint for marijuana possession, bled genuine gravity into Toots’ golden pipes.

Toots, Reggae, Punk and Me

Reggae was the first music I discovered. It was on heavy rotation in my parents’ house. The Maytals are featured on Jimmy Cliff’s seminal rocksteady soundtrack to The Harder They Come, a movie loosely based on Toots’ life. I listened to that record nonstop. Those songs are still my musical version of comfort food. “Pressure Drop”, The Maytals’ biggest hit, was the keystone of the entire project.

My early love of reggae led me to hip hop, punk, and hardcore. Toot’s influence was with me every step of the way.

In 2004, I was a new dad, kicking around Portland, Oregon, hanging with antiracists, and going to reggae DJ nights at local bars. Toots was touring for a duets record he had put out. He was slated to play a sold-out show in Portland but had also scheduled the solo set at a record store for the night before. Gabriel (RIP my friend), former frontman for LA ska band Falling Sickness, and I went to see how long the line was. When we showed up there was no line, and no people.

We called our families immediately. Toots ended up singing to about 12 punks, and our kids, in a living room-sized space. Our kids danced with him. At one point he picked up Gabriel’s young son and danced with him while singing “Pressure Drop”. Afterward, he hung out with us, signed copies of the CD, and was genuinely the most charming living legend you could ever hope to come across.

The following night, we went and saw him at a big venue, and saw what a real talent can do. He had half the crowd on the stage at one point. He was dancing with very willing ladies, and busted out songs he had sung thousands of times like they were fresh and new. He blew the doors off the place.

On September 12th, 2020, at the age of 77, Toots passed away due to complications from COVID 19. He leaves behind the long history of both reggae and punk as his legacy. The legitimacy and strength he brought to the music and people of Jamaica cannot be overstated. His music helped build me and build my friends, and my family. And I will always remember how it all came together, on one great night in a small record store.

Rest in power, Toots. Thanks for everything