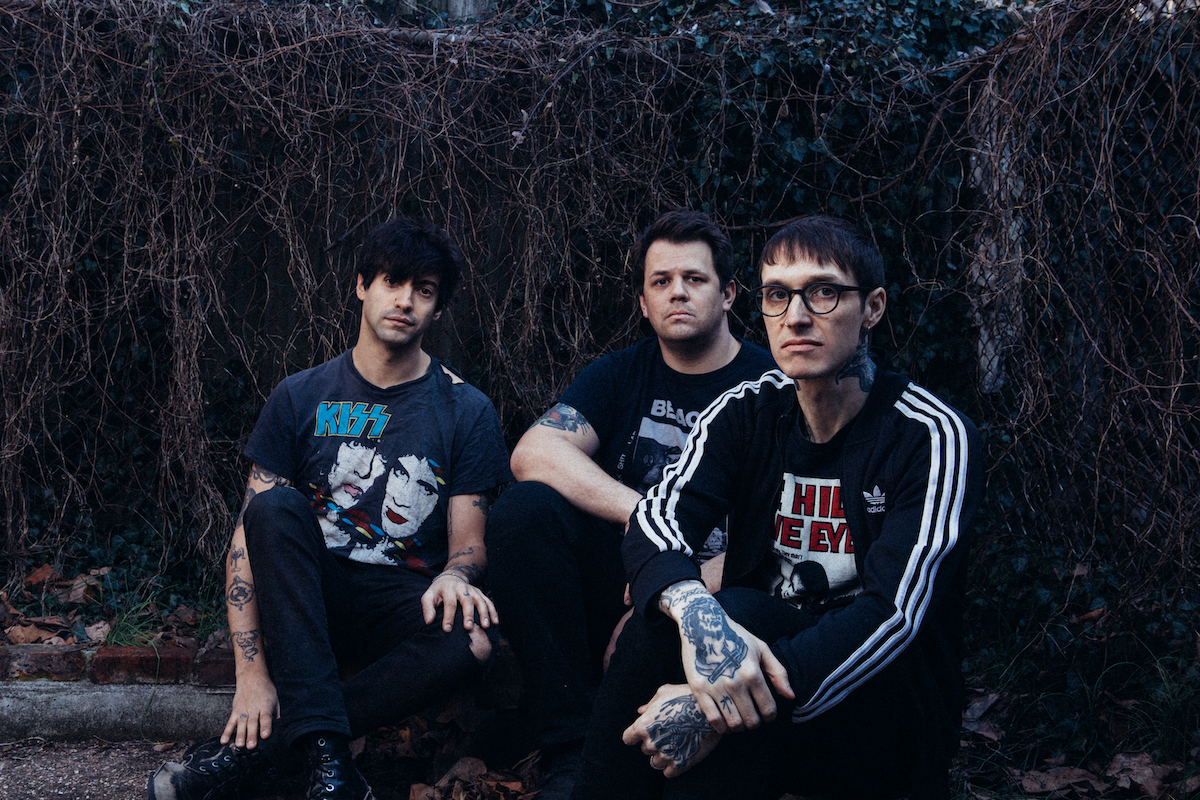 Firestarter: Four Albums That Shaped the Sound of Uniform and ‘Shame’

With Uniform’s latest LP Shame (out now on Sacred Bones), the NYC trio has perfected a formula that has roots in hardcore punk but touches upon elements of industrial, metallic riffing and noise. Uniform rides the line well, staying firmly in the brutal category while in service of songwriting. Their fourth long-playing effort overall, Shame is where the band’s prior ideas boil into a cohesive whole, culminating in undoubtedly their finest release and one to discuss at year end.

Considering the mix of influence that went into the making of the record, we spoke with frontman Michael Berdan (ex-Veins, Canal Street Electronics) about key records in his upbringing that not only formed the basis of his personal influence, but also reared their ugly heads on Shame. Below, those four pivotal releases and, in his own words, Berdan’s history behind them.

Sick of it All – Scratch the Surface


There’s was a segment on Headbangers Ball on MTV that went on for a couple months called Enter the Pit that aired from 2:00 AM until 2:30 AM. This was where they had like relegated all their heavy stuff — where the dangerous shit was happening. I think it was named after that Fight song. Anyway, that’s where I first heard Carcass, Morbid Angel, Death, all of the Florida stuff, but also where I first heard Agnostic Front and the Cro-Mags. I just thought of AF and Cro-Mags as short haired metal. I didn’t have a frame of reference — I didn’t have older brothers and the people in my neighborhood were really only into rap. I was flying on my own.

So Sick of It All come around with the Scratch the Surface record and they’re on the Headbangers Ball and the word hardcore gets attached to it. I’d heard the word hardcore before, but only in terms of rap, with Ice-T or something like that. I realized they meant hardcore punk. Bear in mind I’m in seventh grade at this point, and this was a very transformative thing to me. I hadn’t been to a hardcore show. I buy the SOIA record and next I pick up those double CDs that Profile was doing for the longest time, the AF Victim in Pain and Cause for Alarm along with the Cro-Mags Age of Quarrel with Best Wishes. That was really my entryway. And then these things would happen like that CIV video for “Can’t Wait One Minute More” came out which I originally thought was corny but Lou from Sick of it All was in. I got that CIV record and I loved it.

Another key moment was when I walked into my local CD store wearing a Life of Agony shirt and the guy behind the counter gave me a Roadrunner sampler that he had just gotten. It was my introduction to Madball, Buzzov*en, Nailbomb, Obituary. This was either right before or after Set it Off and I read the notes that went along with it and it blew my mind that this was Roger Miret’s little cousin, because to me it was heavier than AF. It was cool to hear Nailbomb, who I was only aware of because I had seen a Fudge Tunnel video where Alex was wearing a Nailbomb shirt. Side note: thumbs up for wearing a shirt of your other band in your own video. But that stupid Roadrunner sampler kind of cracked me open in a pretty cool way.

So I was slowly gaining this vocabulary for hardcore. Then I go into freshman year of high school and I meet John Sharkey and the two of us start going to punk shows together. And you know, I would see people doing these fucking dances from the Sick of it All video for “Step Down.” So I guess what I am getting at is that Sick of it All LP is a major reference point for what got me into hardcore, because it got me curious.

I was a shitty alienated kid and the first time I ever felt a sense of relation was through music. I would hear music and would just feel better — get a fucking rush out of it. My mom got me Bon Jovi’s New Jersey tape and Europe’s The Final Countdown because I really wanted them. There was a show in Nickelodeon called Nick Rocks that I was allowed to watch. I wasn’t allowed to watch MTV but I’d sneak it. And then eventually my mom gave up and I fucking just glommed on to Ozzy Osborne.

And Ozzy quickly became, like, fucking religious to me. And it was through the No More Tears record. It’s mid 1992 and I could recite every word from that record to this day, and I still listen to it on like a bimonthly basis. There’s some really tender moments, some real heavy shit, some wonderful songwriting. You know, Lemmy wrote a ton of that record. I didn’t know at the time but in retrospect it makes perfect fucking sense.

I came to that album because “Mama, I’m Coming Home” was a huge mainstream song and I was just a fucking sucker for the ballads man. That started with me falling for fucking Skid Row ballads, then I started watching Headbangers Ball and I bought a fucking Iron Maiden shirt and wore it to my first day of sixth grade. Got beat up a lot.

I got into industrial rock in the nineties, along with metal and Alternative Nation / 120 minutes type stuff. It was just around… I liked Nine Inch Nails a ton. I liked God Lives Underwater and Pop Will Eat Itself, all of that shit. But me getting into industrial and really consciously doing it didn’t come until I was like 18 or 19. I’d started hanging out with goth industrial kids at the mall and they would occasionally play me stuff and some of it really resonated.

Anyway, my new friends from the mall would play Wumpscut’s Bunkertor 7 and the plodding nature reminded me of what I liked about Morbid Angel. It was just super heavy beats and super fucking angry vocals. It wasn’t anything to do with industrial metal which was going on then, Revolting Cocks or whatever. It was heavy, crushing, and the fact that it wasn’t metal but I could relate to it through touchstones that I got from metal, gave me something to latch on to. That was very much a gateway drug to the genre. Soon after, I revisited Skinny Puppy that I had seen on 120 Minutes.

So as I get older, I’m searching for more and more extreme music. They say that no matter what you’re listening to, if you’re looking for more extreme then eventually you’re gonna land on Whitehouse. The record that I first listened to by Whitehouse is Cruise, and I discovered them because of Peter Sotos. I had been reading a lot of contemporary and expressive writers — Dennis Cooper, Peter Sotos, and then I realized that Sotos had a band.

It wasn’t anything that I could have expected really. It was somewhat similar to what I had gotten out of Merzbow but not entirely, and it’s just these people shouting misanthropy and vitriol at you — these tantrums that are directed at you, saying the most awful things in the world. It has a profound effect, whether it’s that you can kind of relate to it or you think that it’s exactly what you don’t want the world to be. It was either catharsis or an exercise in how extreme you can take language and thought. So if you’re into extreme music at all or extreme literature or if you’re transgressive, you’re just going to wind up at Whitehouse.