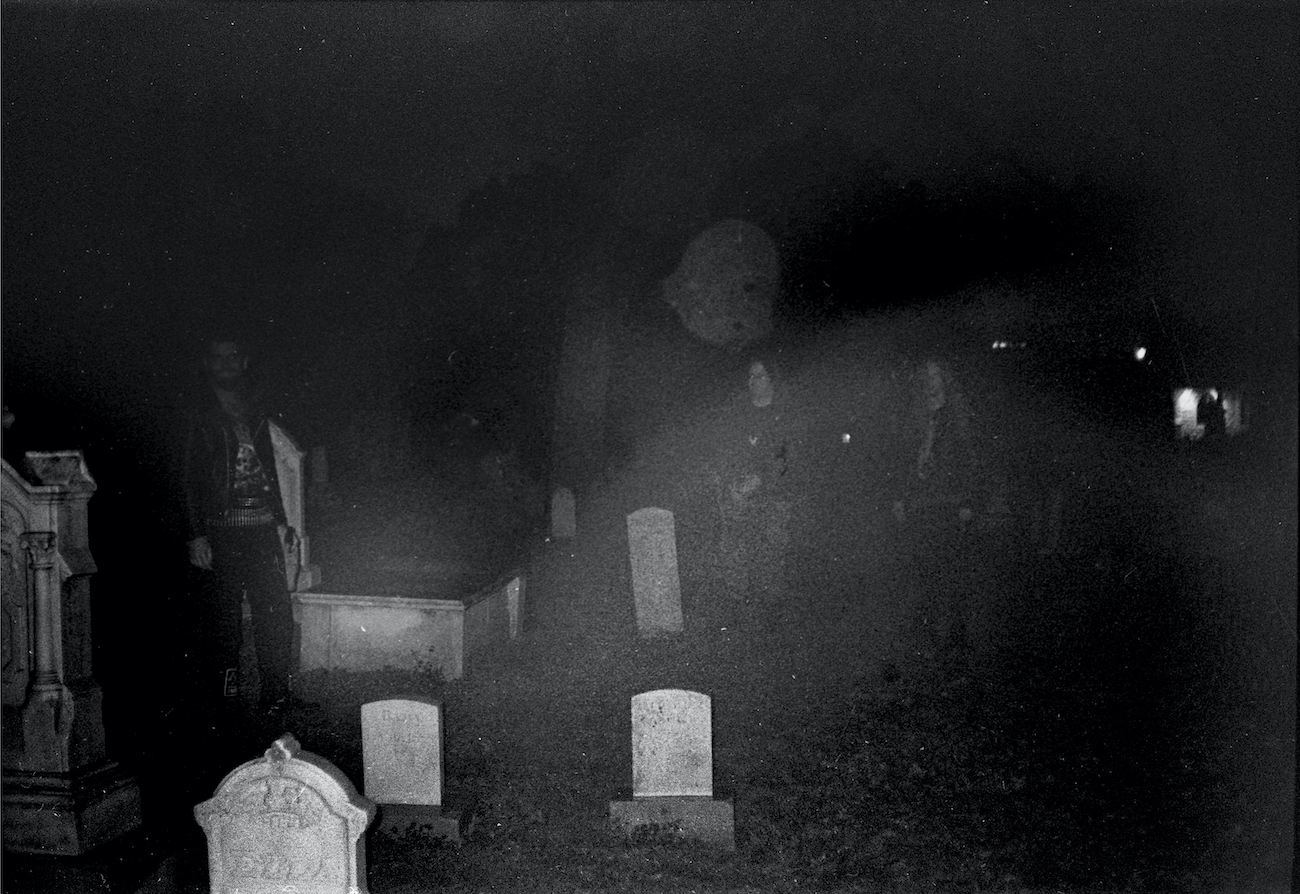 Hailing from the fertile musical ground of Austin, Texas, Skeleton combines the musical DNA of Venom, Motörhead, Celtic Frost, Discharge and nihilistic punk like locals Impalers to create their own brand of bulldozing noir on their 20 Buck Spin debut. In under 30 minutes, the young quartet cement their place as a young band to watch across album highlights like “Mark of Death,” “Catacombs” and “Taste of Blood,” creating one of the most talked about releases of the year in the process. Fans of everything from High on Fire to Raspberry Bulbs to Gag, take note.

At the center of the band are the brothers Victor and David Ziolkowski (guitar and drums respectively), who have played in several young punk bands in the area including favorites like Army, Nosferatu and more. Skeleton recently went back into the studio to record their follow-up LP and as a result we cornered drummer Victor Ziolkowski to ask about their come up, the forthcoming album and the recent loss of Wade Allison and Riley Gale. The results of our conversation are below.

Hard Noise: Can you give us the history on your formation up until signing with 20 Buck Spin? What were the records that were cornerstones in creating the band?

Victor Ziolkowski: The band has had many forms and line-ups since the beginning. Its idea has always been to stay on the extreme end of the spectrum and never limit itself.

Some bands form with the idea of releasing one 7-inch, doing a tour and then breaking up — which is fine, but not our mentality. Looking at our discography, you can see the band’s progression and evolution, always trying to outdo ourselves with crushing riffs and intensity.

We never have been concerned with genres and have always stood outside of what’s popular. Big influences on the band since the beginning would be the Austin band Recide, Kyuss, Throbbing Gristle and Dystopia.

You’ve played in several respected bands such as Enemy One, Army, Nosferatu and The Real Cost. How did you come to hardcore punk, and how do you think playing in Austin has fostered that interest?

I grew up in a musical family and have played drums my entire life. I feel lucky to have grown up in a town that supports young musicians the way Austin does.

What did it for me and David, as far as coming in to punk and hxc, was seeing the band Recide. The energy they put into playing a 7-minute set was infectious and resonated with us in such a way, all I wanted to do was start a punk band.

Your debut was released by 20 Buck Spin earlier this year. How did that come about? What are your favorite tracks on the release?

We are very proud of the album and couldn’t be more happy with its release on 20BS. It should be noted that Wade from Iron Age was the bridge in making that happen, and we will always appreciate him for that.

The record was recorded close to three years ago at this point, so we were happy for it to be released and be able to move on to the next. One of my personal favorites is “A Far Away Land.”

You recently headed into the studio to record a new LP. How much of that is done? Any loose plans for the LP so far?

The whole next album is written and recorded except for the vocals. I think we may still add a couple of interludes that haven’t been recorded yet but hopefully in the next month or two those will be finished. The album is full of riffs and continue in the bands progression of writing the hardest songs we can. And of course 20 Buck Spin is the label.

Do you plan to do any touring as soon as it’s possible? What are the general plans around that?

We were setting up a full US, Japan, Europe, Australia and possibly South East Asia tours before the virus and had to postpone everything. Hopefully as soon as possible we will be back on the road endlessly.

How has COVID-19 directly affected you above and beyond how it has affected everyone else?

Outside of having to cancel all our tours, we haven’t been too affected. Cody is my roommate and David is my brother so we link up for practice all the time and were able to record the new album. We are disappointed we can’t play shows in support of the record, but we look forward to when that can happen.

Considering the recent passing of Riley Gale, how do you think that Power Trip has influenced your band, directly or indirectly?

Power Trip was a pillar of the TX metal and hxc community. Riley and the band put on for and supported so many up and coming bands, even when they reached their high level of success. You can hear their influence come through on so many contemporary releases of the genre, and Riley should stand as an example to all of how to care, encourage, be a friend, and front a band.