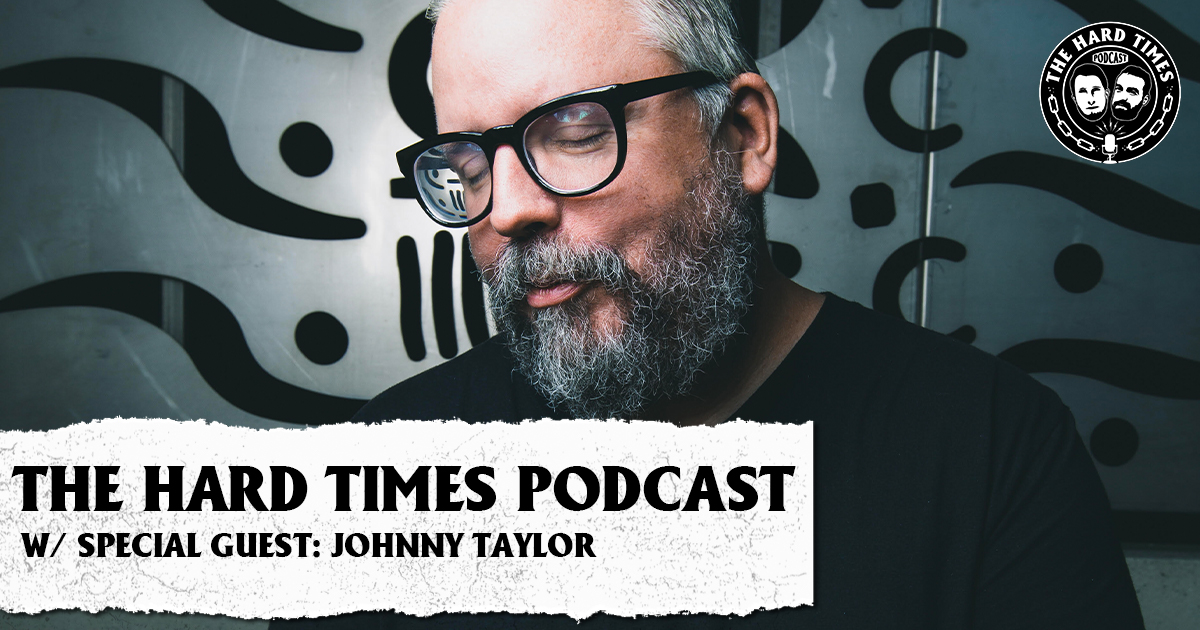 Comedian Johnny Taylor wasn’t always focused on making people laugh. On this week’s episode of  The Hard Times Podcast, he tells Matt and Bill that before standup, and even before managing MMA fighters and running a gym, he was an amateur boxer himself. Until the day he realized his retina had gotten detached.

“I wanted to be pro,” Johnny says. “I went to get licensed to become a pro and they found out I had a detached retina.”

The best way to respond to someone saying “actions speak louder than words” is to punch them in the face mid-sentence.

“They fixed it with a laser beam. My general practitioner was like, ‘I’m not gonna clear you to fight but I know a guy who will.’ He was like ‘Yeah we’ll license you, but you have a 100% chance of losing vision in that eye.”

“So you didn’t notice it?” asks Matt.

“I was having flashes but I didn’t think much of it. I kinda flash out sometimes. It was almost like a lightning bolt. But I get hit in the head sometimes, so clearly you just sometimes see lighting bolts.”

A post shared by The Hard Times Podcasts (@hardtimespodcasts)