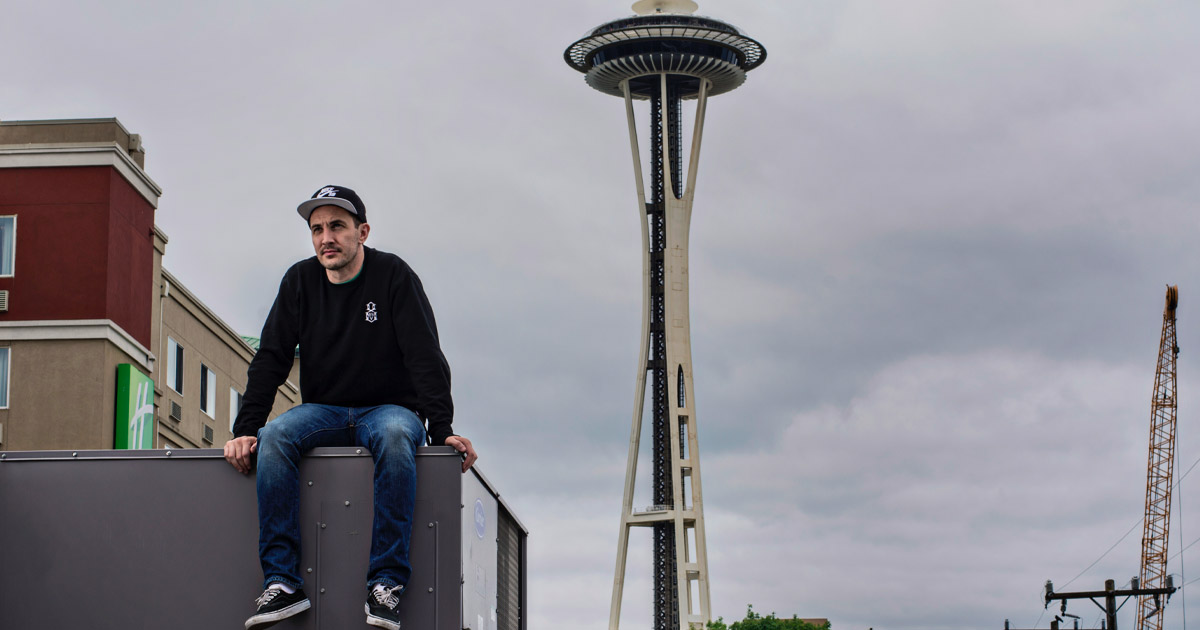 Finn McKenty on How Musicians Are Navigating the Pandemic Economy

While 2020 might be great for getting the creative juices flowing if you like making pissed-off music, the business side of things has become, and looks to remain well into the future, a total clusterfuck. While the economy sucks for everyone, musicians have been particularly affected: touring has become a distant memory and revenue from album sales hasn’t been enough to live on for most artists since the advent of Napster.

But for artists willing to take some chances, Finn McKenty has some wisdom to share.

On his YouTube channel and podcast, where he goes by the nom de plume The Punk Rock MBA, McKenty speaks frankly about the fiscal realities of making a living in punk, metal and their myriad subgenres. He’s been unafraid to talk loudly about topics that usually are spoken of in a whisper: the importance of image, marketing, revenue streams — and overall, how to treat your music like a business.

McKenty recently agreed to answer a few questions over the phone on how COVID-19 has hurt musicians, what opportunities are still out there, and how the business side of music is affected when artists engage in movements like Black Lives Matter.

Hard Noise: We all know the pandemic means no touring, but I’m wondering if you’ve seen some other, unexpected ways this has affected the business of being in a punk or metal band.

Finn McKenty: I think it’s exposed the outsized reliance that guitar bands put on touring as both a way to generate revenue, but also to stay relevant in the public eye. They’re not great at social media and kinda don’t want to be great at it, for the most part. They really rely on touring as their primary vehicle as getting both of those things. When that unexpectedly goes away, they’re kinda flailing a bit because I think they don’t have a plan B.

With no touring for the indefinite future, just how bad is the situation for bands that have already established themselves?

That would be a better question for their managers because I don’t know their bottom line, so I don’t really know. Anecdotally, from what I hear, I’d have to think it’s pretty bad. For a lot of them, I think touring or touring-related income like merch or whatever, is 50 to 70 per cent of their income for a lot of them. So losing that would be pretty painful.

Have you seen any bands innovating? Finding new ways to keep themselves afloat while this is all going on?

I’ve seen people trying but how effective that is, you’d have to ask them, because I don’t really know. But a lot are doing this live-streaming concert thing. For example, the first group I think to do that successfully was Code Orange. They had pretty good attendance for that and did well on merch for that, too, I believe. Underoath has been doing it really well. My thought on all these different livestreaming ventures is I think the falloff on those is going to be very steep. I think these artists will have success with one or two or three of those shows but the falloff will be steep once the novelty wears off.

Twitch is, in my opinion, probably a better opportunity than a live-streaming concert, which to me, is like shoehorning an in-person experience into an online format. It’s just not going to work, it’s not the same thing. But Twitch is just taking advantage of the experience and leveraging the relationship of the fans and monetizing it. So I’m more bullish on Twitch than I am streaming concerts.

As you mentioned, some bands don’t want to or don’t have the tools to really play the social media game. What advice would you give to bands who want to get into that, but don’t know the best way to approach it?

All the information is out there. Anything you want to know about any kind of school is out there now, either for free or cheap. So just take advantage of your time and embrace it. I think the way a lot of bands look at these things is as a chore or begrudgingly. But you should embrace it. You need to understand your role isn’t just as a musician but in the entertainment industry. Your job is to entertain people and create a relationship and monetize that in any way you can.

You can learn how to do any of this stuff. All the information is out there and you can just experiment and see what works. Your job is to make people’s day a little better. Making music is one way of doing that. But doing a livestream or even just hanging out with people on Twitch might be that. The job to be done here is not playing music. The job to be done is entertaining people.

You put out a video about how Periphery approached their own career and how they branched out into branded gear and tutorials. With everybody at home, would you advise a band to follow their example? Would you be concerned about the market getting saturated?

It is a crowded market, but the market is even more crowded in music and that didn’t stop you from getting into music. I think that’s a somewhat bullshit excuse. It’s just a story someone is telling themself and a reason to not try it. Whatever market is crowded, you can look at it in two ways. One is, it’s crowded, there’s no room for a new entrant. The other way is the fact it’s crowded is a reflection there’s massive consumer interest. Therefore, if there’s a way to do it better or differently than everyone else, that’s an opportunity for us to siphon off all that money that’s already going through this ecosystem.

I would just look at it as flipping a mental switch and see it as an opportunity rather than a challenge. It is true that it’s crowded and the barrier is getting higher every day, so the sooner you start, the better. Force yourself to be not just better but different.

We’ve mostly talked about bands that have an established fanbase, but now seems like a very frustrating time for new bands. How do you see the situation affecting them, when they aren’t able to go into a studio or play shows?

I don’t know that I entirely agree with that. Even if you can’t go into the studio, you have time to look up a million tutorials. I’ve spent the past seven years of my life making education content so of all the people in the world, I’m very familiar with how much information is out there and learn how to record at home. So anything you could possibly want to know about recording at home is out there. Nothing is stopping you from doing it. You can make a perfectly good professional-quality recording at home for less than $500 for the gear.

As far as playing shows, yeah you can’t play shows and I understand that’s fun for a lot of people, but from a business perspective you don’t need to play shows to build a following. How many rappers are out there that built massive followings without ever playing a show? I saw Lil Nas X play the Amazon company party and I think it’s probably like the third time he played a show. Amazon! At a stadium.

I keep coming back to this but it comes to your own mindset. If you’ve decided there’s no way for you to get attention, then the self-fulfilling prophecy comes true. Everyone is bored at home just like you are so it’s an opportunity for you to put out content and build your fanbase without ever leaving the house again. So if anything, this is a good thing because it means you have an opportunity to build your fanbase without spending weeks of your life on the road and spending a small fortune.

We’re also living through this time of social activism. Some bands have really engaged in this and some have put out very milquetoast statements. Do you think there’s a proper way to engage with this from a business point of view?

I think if you’re looking at it from a business point of view, to me there’s a lot of woke capitalism out there and I don’t think that helps anybody other than potentially the company. And even then I don’t think that works. If you believe in a cause, you should talk about it. If you don’t believe in it, I don’t think it’s helping anybody for you to go through the motions and fake it. People are not going to respond to that, it’s not going to help the cause. It’s inauthentic, don’t do it. Especially if you’re some band, the world is not waiting for your opinion on this. If you don’t have something constructive and authentic to add, don’t force it.

There’s always been an undercurrent of political activism in music, especially punk rock. Do you think there’s a moral imperative for artists to engage in Black Lives Matter?

My opinion is everyone has a moral imperative to do what they believe in. It’s not for me to decide how anybody else should or shouldn’t express themselves. I don’t feel like I’m in a position of moral authority to tell anyone else what they should or should not do.

In your own videos, you’ve spoken about your support for members of law enforcements or the military and how some of your family members are in those professions. Do you ever worry how that might affect your own brand, given you’ve branded yourself the Punk Rock MBA?

I don’t think there’s a dichotomy between, in particular, in regards to law enforcements and corrections. If you want a good idea on how to reform the system, you should ask a corrections officer because they’ll give you a long, long list of ideas. The biggest critics of the system are usually the people working in it. There’s a sheriff who teaches a program for sheriffs and cops specifically designed to help them with the tools to avoid doing something stupid or careless that might get somebody hurt. They’d be a great person to ask if you want to avoid an incident where an officer does something stupid or inappropriate.

I don’t see see any dichotomy. I believe in all the same things as anybody else. I’m a very staunch advocate for equality and justice. I don’t believe in adversarial thinking and tribalism. The answer is in bringing people together and listening to each other. It’s not us versus them. I think we all largely agree on the outcome, and we’ll probably find more answers by listening than shouting.