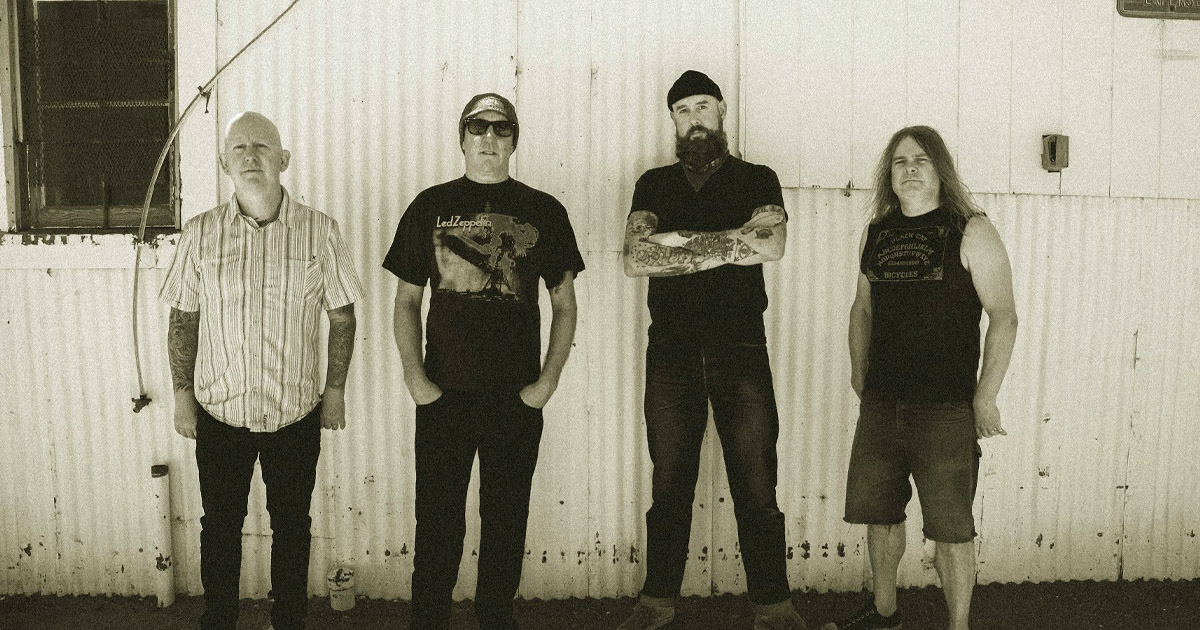 Brace Yourself: Hardcore Supergroup Seized Up on Their Pirates Press Debut

What in the actual fuck is happening? That’s the phrase playing over and over again in the minds of millions of Americans throughout 2020. Whether it’s about politics, Covid-19, the shut-down of the economy, the social unrest across the country, the police killings or even just watching the live, minute-by-minute shitshow coming out of the White House. “What in the actual fuck is happening,” just might be the phrase of the year next to “Dumpster Fire” and “Oh God, what now?”

History has shown that in times of uncertainty, artists show up and stand out. Folk musicians vs. the Robber Baron Bosses. Hippies vs. Nixon. Punks vs. Reagan. But in the time of Trump, instead of a pissed-off underground subculture, we get Kendall Jenner vs. Police Brutality brought to you by Pepsi.

For Santa Cruz hardcore musicians Seized Up, that sort of non-aggression will not stand.

“Who does protest music anymore?” asks drummer, Andy Granelli. “Outside of hip-hop, which I love.”

“It’s hard to look at the world and not be pissed off,” explains vocalist Clifford Dinsmore, as he discusses their debut full-length, Brace Yourself, out Oct. 9 on Pirates Press Records.

“Everything about it takes a volatile stance based on our surroundings and current reality. We’re not going to hold back,” he says adding with a chuckle, “I almost feel bad it’s too harsh. Almost.”

Seized Up is unlike any group in the scene right now, and not just because they decided to put out a balls-to-the-wall insane album during one of the worst years in memory. They’re a supergroup, morphed together from a smorgasbord of punk bands spanning generations in the scene.

Dinsmore is best known as the singer of ’80s hardcore act Bl’AST!, who carved a path for later Santa Cruz punk bands like ’90s favorites Good Riddance. Which leads us to Chuck Platt, bassist for GR and slinging double duty with Seized Up. Longtime drummer for The Distillers, Granelli also made a name for himself with his previous work in the Nerve Agents (aka, the infamous Andy Outbreak).

Anyone into Bay Area punk will recognize guitarist, Danny Buzzard, from his ’90s band, All You Can Eat. However, most recently he and Platt were in thrash/power violence outfit, Fast Asleep — featuring Granelli on drums on their only full-length. Out of those ashes, Seized Up was forged last year. With the new project, Platt and Buzzard knew they wanted Dinsmore for something different.

“We had even talked about getting Clifford to sing for Fast Asleep for a while,” Buzzard remembers. “But the fit just wasn’t there.”

The new concept was an updated hardcore outfit with elements of modern crossover styles mixed in.

“I definitely think this is more in-line with what we are into right now,” explains Platt.

And what they’re into is a relentless assault of truth set to a soundtrack of brutal, mind-twisting riffs and pummeling rhythms that defies anyone listening not to circle pit.

From the opening track “Manic Decompression” — also the first single — to the closing song, “Shadow Panther,” Brace Yourself is a tireless onslaught of the senses in the best possible way.

Take the second track, “Human Locusts.” A one minute and thirty-eight second anthem about the death of humanity with the dystopian opening line, “Comes a time when every living cycle dies,” and ends with “somehow it always ends the same, with extinction.”

Then there are songs like “Tent City Exodus,” with the lyrics “dirty needles hide in piles of human shit/tent city exodus/who is left to deal with it?” or “Taking Back the Neighborhood” (“Trust fund hippies living off their dads/Jesus beards and Mercedes vans. . .local culture disappears/that sacred path we all hold dear). Both are about gentrification, class warfare and their consequences, not only in their hometown, but throughout the country. All crushed under riffs that crack the listener’s psyche, making them just as crazed as Dinsmore’s screams.

“There’s a lot of localism in our songs,” Buzzard states. “But it can be applied to the entire world.”

It’s a record that demands attention down to every minute detail, like the intense art by Eli Atkins. In a dull world of black and white punk albums in a black and white year, Atkins’ design for Brace Yourself explodes with color, cueing the listener that we ain’t in Kansas anymore.

“He just got it,” Platt exclaims with excitement. “People will look at it and freak out.”

It’s the kind of momentous record that had to happen. An album for the times that seems to have been perfectly soldered through hard work despite the odds.

First, 2019 threw a health scare at Dinsmore. But where other bands would’ve crashed, these seasoned veterans thrived, fine tuning their tracks with weekly practices and recording early demos with their friend, Jesse LeBlanc (“Our magic weapon” claims Dinsmore).

“It’s building something. We weren’t dicking around” explains Granelli. “It’s cool because I haven’t been in a situation like this in years, where we are practicing regularly and can see the progression.”

They recorded the 11 tracks over three non-stop days with Paul Miner (of Death By Stereo fame) last October. Yes, the release of Brace Yourself also marks the one year anniversary of its recording. As brutally short as a three day recording process is, Granelli wasn’t so lucky. The Distillers just so happened to be on tour during that time, so he was faced with recording the whole album in only one day.

“I was crushed at the end,” he admits with a chuckle.

But with his bandmates cheering him on, he grabbed a second wind and pounded out the beat to “Shadow Panther,” a searing analysis of the current American political system and who benefits from its division.

“We never dropped the ball,” Dinsmore says. “It created a discipline.”

It’s that discipline that continues to accelerate the band through this past year — they kicked off two shows last February and March before the pandemic —  and recently, recording three brand spanking new songs just last month. So while your favorite band complains about lacking creativity during 2020, just remember a bunch of guys over 40  decided to rise up and kick everyone’s ass. And, as Brace Yourself shows, a good dad shaming is just what the punk scene needs right now.