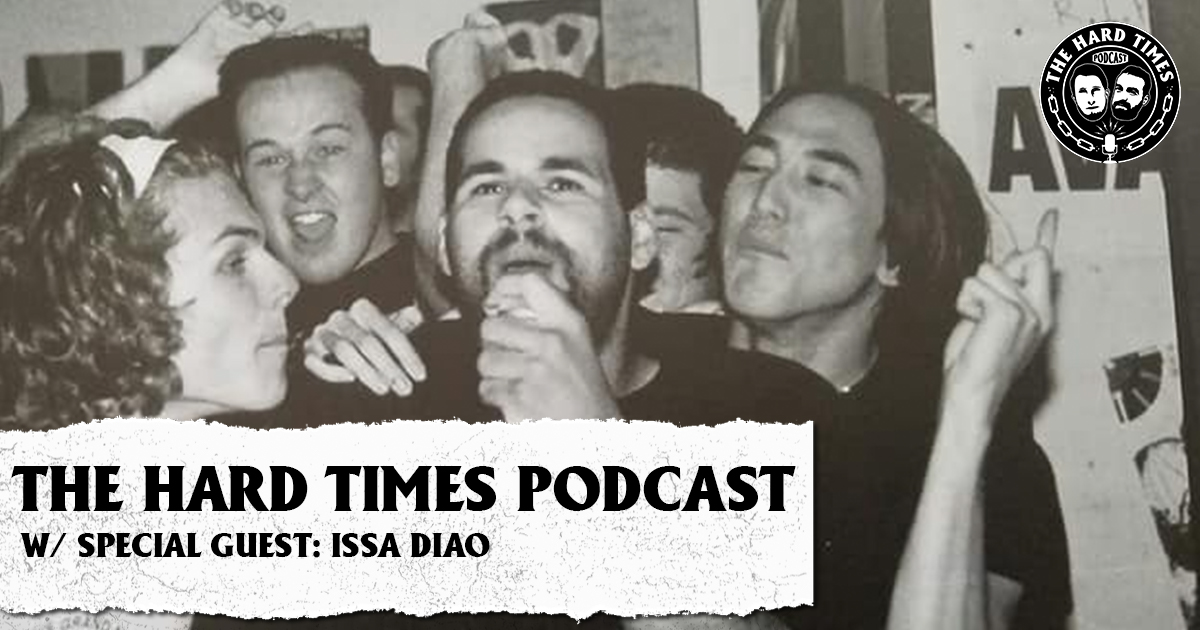 Issa Diao isn’t just one of the brains behind OutVoice (which may or may not be the how this writer gets paid), he was also a member of trailblazing hardcore band Good Clean Fun. On the latest episode of The Hard Times Podcast, Issa regales Matt and Bill with stories from his vegan, straight edge glory days.

“We sort of shot ourselves in the foot with Good Clean Fun,” Issa says. “We kept setting these kind of crazy goals, and we would do it and it would be awesome, but people didn’t really believe us… Like when we first decided to go on a world tour, hardcore bands didn’t really go on world tours.”

“Black Flag?” mutters an incredulous Matt. “Ever heard of ’em?”

“I don’t think they did a world tour,” Issa explains. “Obviously, lots of punk bands had toured the US, and a few had toured Europe quite a bit, but no one had really done a world tour. Apologies if I forget someone, they can put it in the comments section.”

Matt, Bill and Issa dissemble a bit about what counts as a DIY tour and being the first in your punk scene to do something new, before Issa concedes that Fugazi may have beaten them to it.

“On Bill’s old podcast EdgeLand, we talked about how everywhere we went, Fugazi had already been there. We could play some small village in the middle of nowhere and they were like Fugazi’s already been here… So, okay you’ve totally taken the wind out of my sails, but when we set out to do a world tour, we were the first hardcore band to do it that was like a small, indie, booked-it-ourselves experience. Whatever qualifications you want to put on it, it was awesome!”

To hear just how awesome it was, and to hear about Issa’s movie about Good Clean Fun, check out the latest episode of The Hard Times Podcast.