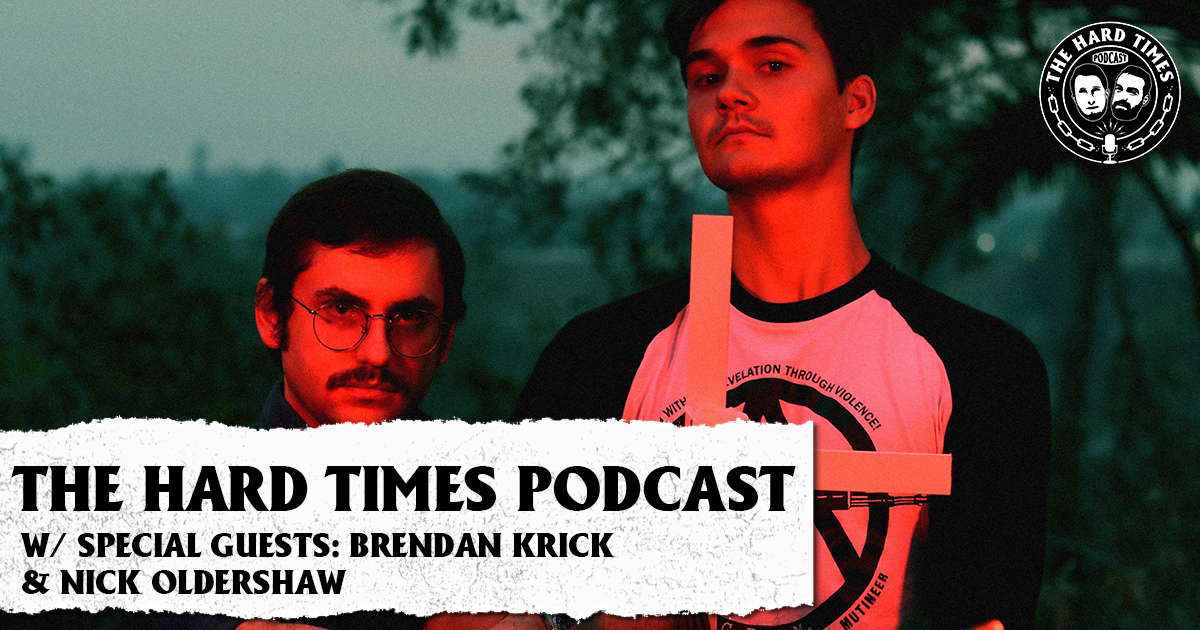 Coward Hour Came Back From The Woods

“Like Nik said, at the beginning [of Coward Hour] he was homeless and I was in the midst of a complete break from reality,” explains Brendan. “But then I got some medication and I stopped going into the woods to test my body and will.”

“Can you tell me a little about that?” says Matt. “Like walk me through what led up to be like ‘I’m going to the woods.’ Did you have to tell people that you’re leaving?”

“I think I told the group chat right as I lost cell service,” Brendan says matter-of-factly.

Bill tries to determine which woods Brendan got lost in, but it’s no use. “I think it was up in the San Gabriels?  I forget,” he says.

“You just saw some trees and pulled over,” cackles Matt.

To hear about the deep dark woods, IKEA guns, and Battlebots, check out the latest Crossover Episode of the Hard Times Podcast featuring Coward Hour.