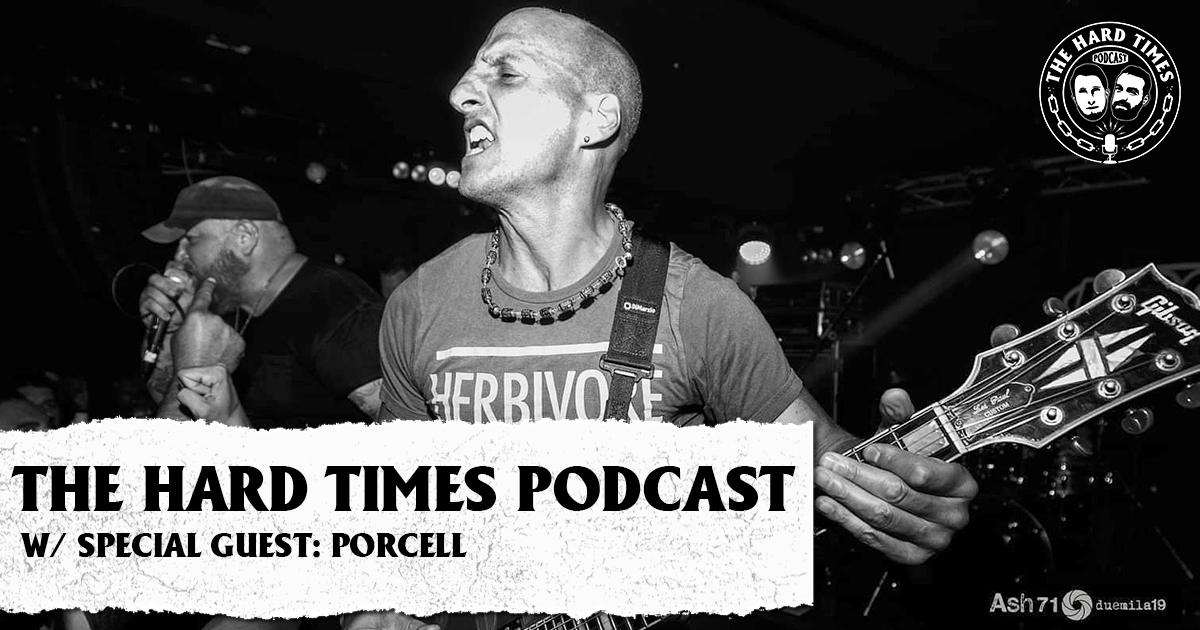 Matt and Bill are both noticeably excited with the guest on the latest episode of The Hard Times Podcast — hardcore scene legend John Porcell of Youth of Today, Judge, Project X, and more. They immediately launch into the ways Porcell’s bands have influenced them.

“My mother was at a thrift store and she texted me, ‘You’re into that straight edge thing right?'” says Bill. “And she sent me a photo of a shirt on the rack, and it was a Project X shirt! When it got to me — my mom is a smoker — I couldn’t get the smell out.”

“I’m as bad as the shit you breathe into your lungs,” Porcell says, laughing. “You can tell your mom that line.”

“What is it about that song, Straight Edge Revenge?” Porcell muses. “When you’re a straight edge kid, there’s just years of being made fun of, and shit that you take, and people throwing stuff at you and dumping beers over your head… it makes that song such a release.”

“It’s a release where you don’t need to shoot up the school,” Matt chimes in. “You can just sing the song, and that’s it.”

“I really hope people just listen to that song and just yell along with it and not really take it too seriously and beat the shit out of people,” Porcell says. “Sometimes I feel a little guilty about that.”

“That’s where you should peak. With a Project X cover,” Matt says. “And then relax. Take it easy.”

To hear some of the hands-down best stories about the NYC hardcore scene, you have to check out the latest episode of The Hard Times Podcast with none other than Porcell. And if you prefer your podcasts with pictures, subscribe to The Hard Times YouTube channel.