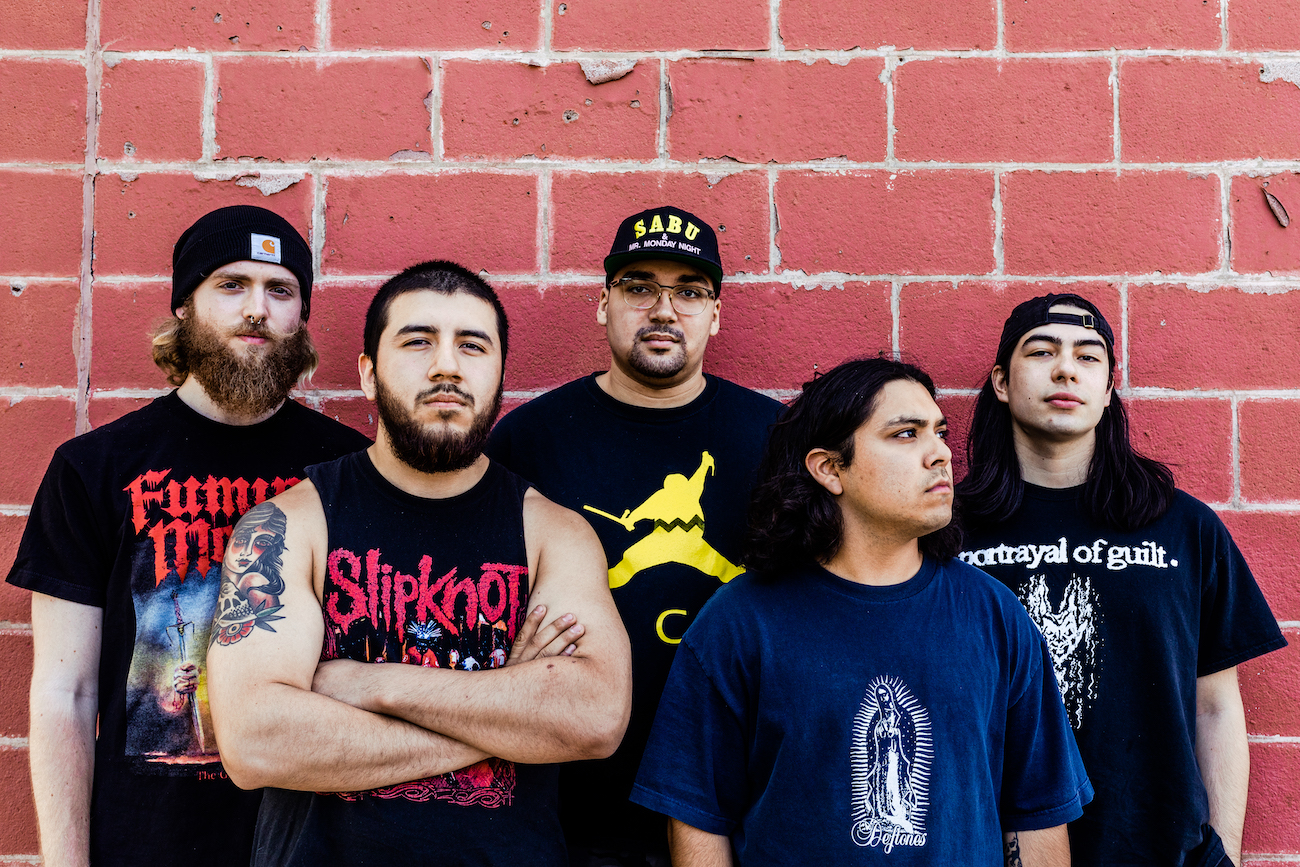 Kharma’s latest EP opens with a monologue by Jack Nicholson from his iconic appearance in The Departed, discussing his view on life and success in America. From that point forward, the Chicago-based brutal hardcore crew examine the dark side of the American dream — sparking conversations on race, policing and classism in our country over the course of five tracks of truly unhinged hardcore punk. With influences that range from early Hatebreed to Bulldoze to Cold As Life and beyond, and with vocals that recall German hardcore faves ACME, Most Dangerous Game is a white-knuckled hand around the throat of hardcore — a must for fans of Harm’s Way, Xibalba, Jesus Piece, Incendiary and more.

With Kharma’s new EP Most Dangerous Game readying release via Flatspot on 11/20 (order yours), stream it here in full for the first time, and check out a short Q&A from the throat-ripping vocalist Jordan Moten on influence, the creation of the new EP and future plans.

JORDAN MOTEN: I think that the current state of the world is extremely comparable to the themes in the story. The idea those with the most money and power look at the rest of the world as pawns in their little game is just as true now as it ever was. In a more literal sense, it does seem that the powers that be are systematically hunting down people of color. Every day, another one of us is killed in cold blood by someone abusing the power trusted in them. The first song on the record “Forced Out of Heaven” speaks on the themes of systematic racism and classism.

How much of the record was made during the pandemic? How do you think you have reacted to the pandemic as a band, creatively?

We actually recorded the record in January so it was right before the pandemic fully hit. We got lucky with that, for sure. I’ve been writing a ton of stuff throughout the pandemic for future releases, though. Some cases of writer’s block from being cooped up but for the most part I’ve been working on a lot of new ideas.

Considering the record was recorded before some of its themes really came into the national spotlight, what do you think of the state of the world currently? What are some ways that the musicians, or the average person, can help on a grassroots level to fight systemic racism, police brutality and oppression?

I’m glad that people are finally paying attention to things like systematic racism and police brutality. Those are issues that as a black man, I’ve always seen and struggled with. My main hope is that people don’t use it as a passing trend. It seems like a lot of people have already forgotten about it, and that’s worrying. For people who really are looking to make a difference, it starts from your own community. Whether it be protesting yourself or providing aid. It’s so easy to be part of the movement right now.

It’s also important to be vocal about it because the less it’s talked about, the more it can continue to get swept under the rug. As far as members of hardcore bands go, I think its important to non POC vocalists to know their place. Make sure that if you’re going to write about these things, you’re doing it in a way that will amplify the message of the oppressed people and not just speaking over them.

This is your third EP. Any plans for an LP in the near future? How do you react to those who say that punk is a singles based format?

I’d love to do an LP eventually! I think that’s definitely easier said than done, though. When we do an LP, I really want to make sure it’s something where it’s consistent quality all the way through. All gas, no brakes. I think the fact that so many people think hardcore/punk works better in singles or EPs stems from the fact that a lot of hardcore kids (including myself at times) have short attention spans. I think a well crafted LP can be very effective for a hardcore band.

Hardcore and punk is about forging your own path and realizing that your heroes are also human. That said, who are some individuals you have looked up to over the years, creatively and musically? Why?

There’s a few guys in Chicago hardcore that I looked up to when coming up in the scene. First, Jon Ortiz was one of those people. He was the first older guy of note in the Chicago scene to show Kharma any love. One of the first Chicago bands I heard was Warhound and Jon sang for that band. So it meant a lot for him to get behind us. Shane Merrill is another guy who I’ve always looked up to in the Chicago scene. He played guitar for the best Chicago band ever, The Killer. So getting praise and support for him also goes a long way.

It’s been said that Age of Quarrel was the most important hardcore release of the ’80s and Satisfaction is the Death of Desire of the ’90s. Do you agree with that sentiment, and if so what would you nominate as the most influential release of the ’00s and why?

I definitely agree that both of those records were extremely influential in their time! That influence still rings through to bands today, too. I take heavy influence from Satisfaction, musically. As far as the most influential record of the ’00s, I’d have to say TUI’s Big Kiss Goodnight. Not only is that one of my favorite records ever, it’s undeniable how much it has shaped the sound of hardcore bands that have come after it.