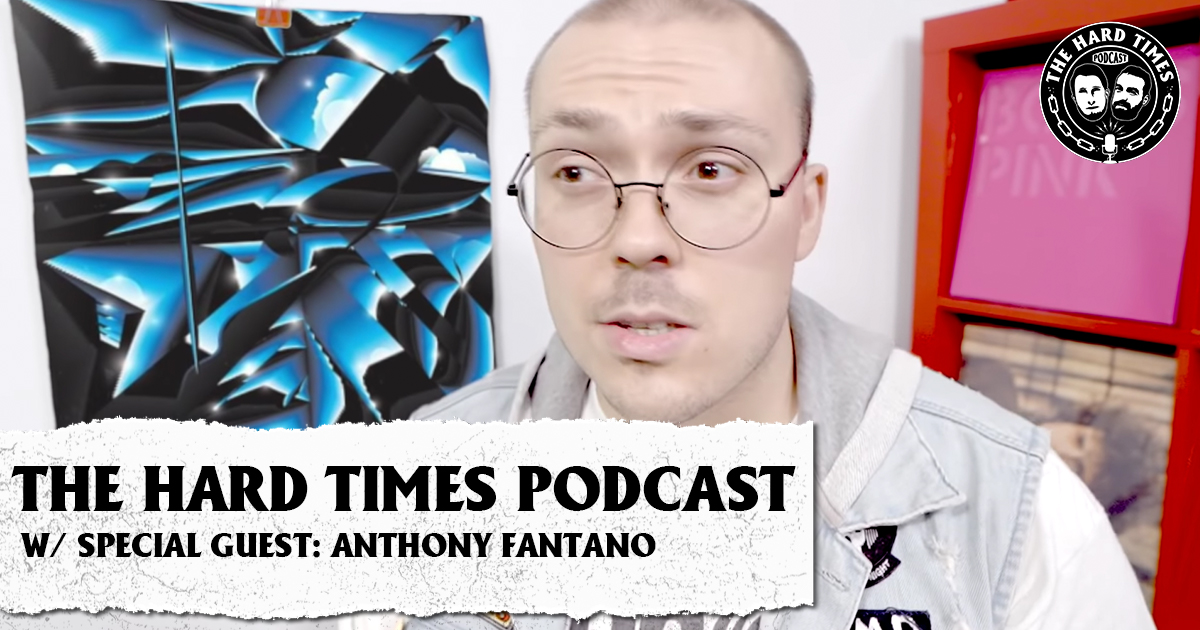 YouTube is a beast of a machine, and no one knows this more than the latest Hard Times Podcast guest, The Needle Drop’s Anthony Fantano. When talking to Matt and Bill about how he created his YouTube show, he traces all the forms it took before he found his groove.

“I would try track reviews where I would react in the moment live to the song, but what few comments I would get would be very negative, expletive-filled harassment ‘SHUT THE FUCK UP AND LET THE SONG PLAY BITCH!’”

But eventually he figured it out.

“Just for the sake of ease and simplicity, it had dawned on me that the reviews don’t need to be that complicated… and I needed to figure out a way to superimpose the album cover into my space, because I don’t just wanna have a picture floating over my head like a fucking jackass…let me cut out a piece of green screen and tac it on to the wall. And then that freed me up… that was the start of 2010, when the ball started to get rolling.”

To hear more about the Needle Drop, check out the latest episode of The Hard Times Podcast.