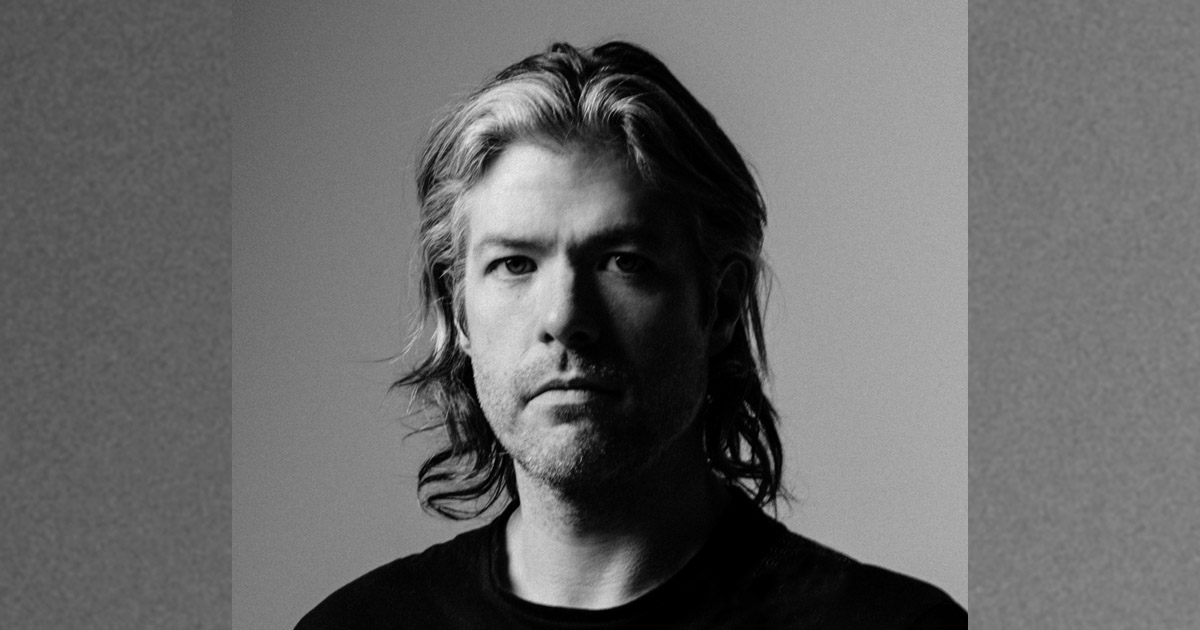 On October 23rd, Pallbearer released their fourth LP Forgotten Days. For the much-loved melodic doom gods, the record was not only a great way to cap off a dismal year for the music industry, but also their first full release at new label home Nuclear Blast. For Pallbearer in 2020, the release was cathartic and exciting in a year filled with uncertainty and turmoil.

That downtime allowed bassist Joe Rowland to finally dig into his solo project, Hosianna Mantra. Based on a Popul Vuh song, Hosianna Mantra is Rowland’s electronic project that leans heavily into prog and krautrock, taking influence from the dawn of synthesizers in the ’70s and ’80s and utilizing some of the same equipment. The result is Particle Mythology, Rowland’s 36+ minute debut LP released via Bandcamp on December 4th.

With Particle Mythology in the wild and Forgotten Days too, we cornered the bassist to discuss the releases, the inspiration for the solo project and how he’s dealt with the pandemic creatively. The results of our conversation are below.

How did you get synthesizers and electronic music? Was it a kind of — I don’t want to say rejection, but, complete 180 from what you were doing with Pallbearer?

Actually, I’ve been in the hardware and synth world for a really long time, before Pallbearer was even a band. I had a band with Brett Campbell called Sports and a big part of that band was attempting an insane wall of sound, literally and figuratively. So, I was buying all kinds of things that would fill up sonic space. And an offshoot of that was probably around 2005 or 2006, I started buying vintage synthesizers because of my interest in the Berlin school and the progressive electronic scene from the ’70s.

I started diverting a lot of my meager funds into finding good deals on synthesizers that weren’t crazy expensive yet. I would look on Craigslist in big cities and email the people on good faith like, “Hey, I see you’re selling this, could I Paypal you for this?” And somehow against all odds, I never got burned. I ended up getting a lot of really cool stuff for hundreds of dollars instead of thousands.

I guess there is something about my personality in general, I just love to amass all kinds of stuff. Over the years, I’ve built up a decent record collection. I used to collect VHS tapes of horror movies and sci-fi that was out of print, before Netflix or any of that stuff.

I think its the thrill of the chase. But also as a musician, I love what I’m able to create with synthesizers and vintage effects and the like. It’s endlessly fascinating to me. So it’s been a long journey of getting all the gear that I’ve wanted to create the sound that I’ve wanted. I finally hit a point where I said to myself, “I need to stop creating this huge catalog of stuff that only I listen to, and actually put something out.”

So, for lack of a better term, this project was a means to fuel that addiction?

Kind of, yeah. It became something useful. In general, most of what I enjoy listening to just as a fan has been records from the ’70s and ’80s that have synthesizers on them. I remember even as a kid, and this is going to be a really hilarious reference, but the first time I remember hearing a synth that really grabbed my attention was on the Mannheim Steamroller Christmas album. There’s some searing synth leads on there, it’s like a Prophet Five. I remember being four or five years old and thinking “Wow, this sounds so cool.” It just kind of stuck with me, I guess.

It seems like you are part of a cult that is really about preserving those classic synth sounds as opposed to everyone who’s going with VSTs nowadays because it’s cheaper and easier. What do you think it is about these things outside of the tactile? Do you think there’s a different sound?

I think that as the user of the instrument, there’s something fetishistic about the fact that you’re able to do something that’s way more difficult than just programming it in on a computer screen. It’s more satisfying when you’ve got the real thing in front of you, I guess.

I’m definitely not a staunch purist. Even my new record, I took some different approaches track to track. There’s not any VSTS on it, but some songs I treated the computer like a tape machine, not really doing any tweaking outside of that. And some of it, I would program out a sequence in Logic and have it play out into the synth, then record it. There’s something fascinating about the process and you can get totally lost in that.

With Pallbearer, you guys have dabbled in different areas and there’s been synth stuff on the records. But were there certain bands that inspired you in both projects?

Rush is definitely one of those. They’re heavy and also have a lot of synths. Closer than that would be Eloy, the German prog band. I would say there’s a lot of prog pageantry going on there. But with Pallbearer, I think that we’ve all, throughout the course of the band, tried to not let it become too synth-centric. There’s something about the foundation that we already have that we don’t want to shift too far away from where we started. It’s kind of hard to verbalize exactly what it is, but we could potentially get a little too self-indulgent at that point. I think that for us, the melody and the emotion is always kind of the center point.

As far as this LP, what were a few records that you think inspired it?

There’s definitely no doubt that I have a lot of inspiration from the big boys of the Berlin scene like Tangerine Dream, Klaus Schulze, maybe a little bit of Neuronium even though they weren’t technically in that scene. Steve Roach, although he came a little bit after. It’s kind of a combination of that and also the Terry Riley endless arpeggiation approach.

Peter Michael HameI is another favorite. Obviously the name of the project is a tribute to Popol Vuh. But I try not to lean too heavily into emulating any one artist, because it starts to feel like a little bit of a pastiche then. I’ve always been totally fine with wearing my influences on my sleeve, but never wanted to just be any one thing — more of a combination of several.

Are there any modern artists that you’ve listened to that have inspired you in a similar way?

There are very few that I listen to but I think Oneohtrix Point Never does some stuff that I feel pretty excited about. His film score stuff, like the Uncut Gems soundtrack, was sick. It really did sound like an amalgamation of Tangerine Dream and Vangelis. Rob Lowe (Lichens), his stuff is incredible. Meeting him and having the opportunity to see him perform live a few times over the year really helped me understand more of the direction that I wanted to go in as a musician in the electronic realm — seeing the sonic spaces he was able to create in an improvised piece. Catarina Barbieri is also sort of doing something that falls somewhere between ’70s and ’80s, sounding like progressive electronic stuff and modern. It’s super melodic sequenced music. Jonathan Ficoussi is a favorite as well.

How has the pandemic treated you creatively?

It was kind of feast or famine. I’m not gonna lie, I’ve felt pretty depressed for points of this year, but then I would have a period of creativity. There were sometimes weeks where nothing was really happening. That’s a pretty big bum out sometimes — not knowing when it’ll be possible for Pallbearer to even play again, not knowing if there’s going to be a music scene, that sort of thing. But as the year went on I tried not to let it get to me too much. And the Particle Mythology record kind of came together pretty quickly right at the end to where I was like “Whoa, I actually have a record that I’m stoked about,” which was something that was surprising, unplanned and really great.

To the laymen, the Tangerine Dream discography is incredibly hard to crack. What would you say was the record that got its hooks in you first?

Green Desert. There’s another one called Hyperborea. I know that the ones that really stand out to me, basically from Zeit all the way up through Hyperborea, are pretty close to perfect. Green Desert came out in 1986, but it’s actually from the mid ’70s. It was like a lost album, so that one counts towards the older ones, I think. But yeah, it’s like hit after hit for a while.