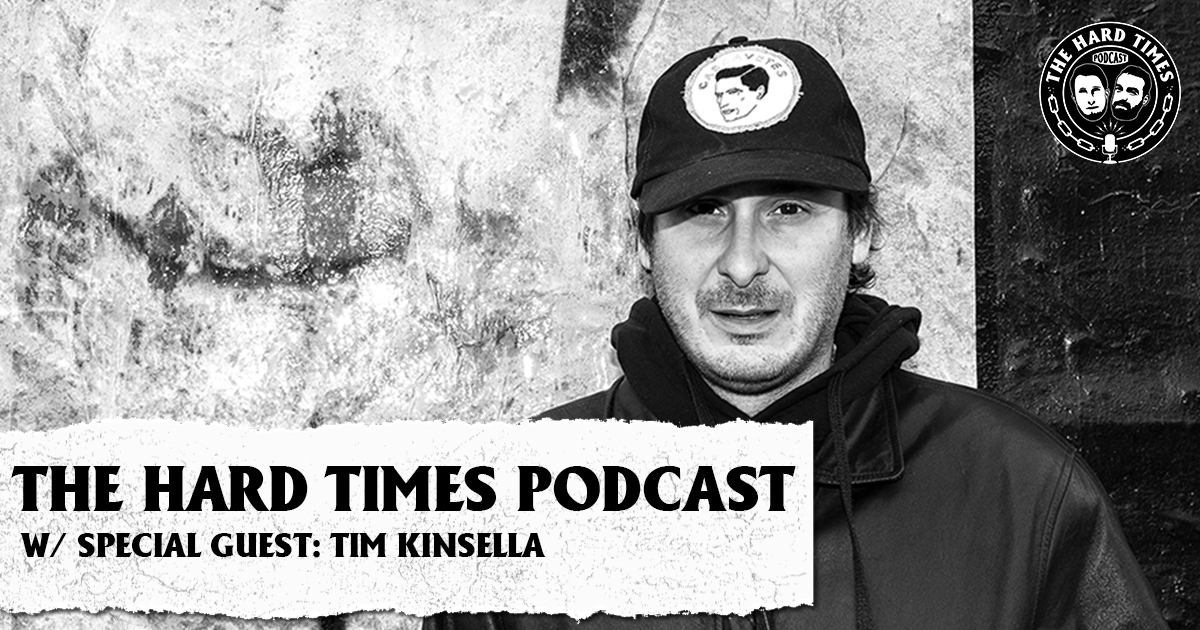 Tim Kinsella Would Have Changed A Couple Things

The latest episode of The Hard Times Podcast opens right up with Tim Kinsella breaking down the idea of what a Good Fuck can be (other than his band with his wife). Later, the singer of bands such as Joan of Arc, Cap’n Jazz, and countless others tells Matt and Bill about the surreal experience of watching a documentary about your band.

“I only watched it one time and felt like I was going to barf the whole time,” admits Tim.

“I’m glad you didn’t watch it over and over again, that sounds psychotic,” laughs Matt while Tim describes the making of the Vice documentary.

Then, Matt asks him an interesting question. “Is there anything you would have changed?”

“Well you know, I was doing interviews with the guy, maybe sat for three interviews?” Tim says. “It’s funny, he was following us around for like four or five days, going everywhere with us, and then he had to go to Las Vegas because he had to shoot Justin Bieber for a weekend. So he’s doing these interviews with me and I was pretty shocked at how personal they got, but I thought this was just the me element of it, just asking about my childhood and stuff… then I watched it…”

“And you thought everyone was gonna get the childhood treatment?” asks Matt.