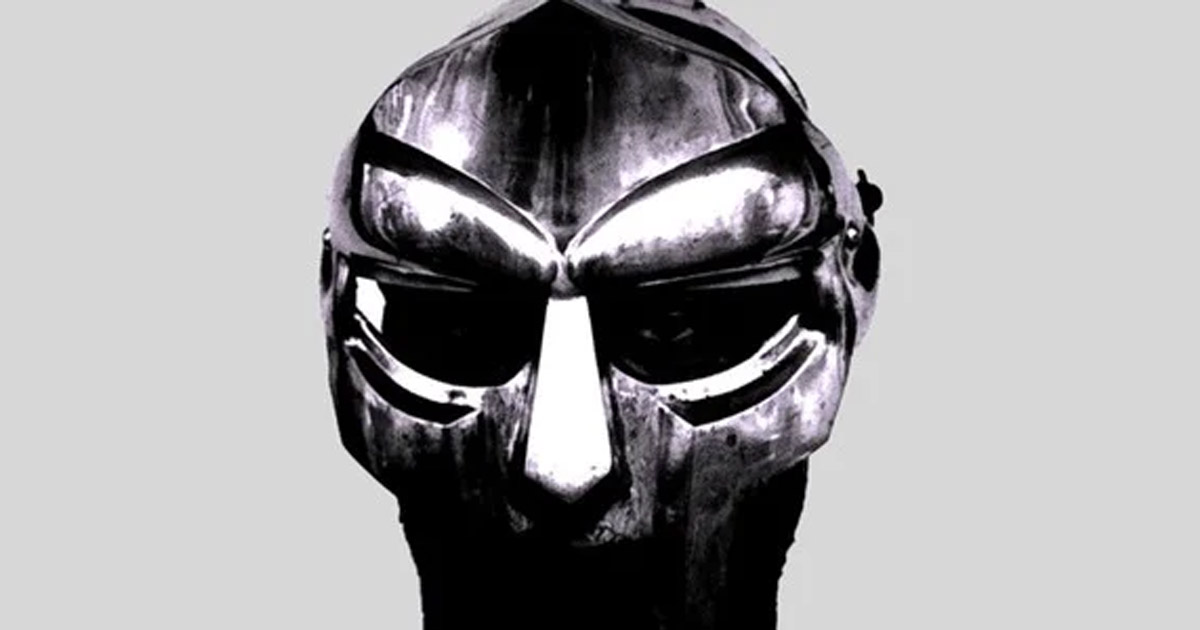 2020 was the year of loss. We lost live music, live comedy, dining out, our jobs, any trust left in our government, and of course, hundreds of thousands of lives. And in true 2020 form, on December 31st, an Instagram announcement from the account of mask-wearing Rap legend MF DOOM, written by his wife Jasmine, dropped a dagger into the hearts of Hip Hop heads. Even with all the tremendous loss collectively endured this year, this one hurt.

MF DOOM is your favorite rapper’s favorite rapper. He is what every person who has put pen to paper to write a bar wishes they could create. He is the go-to for those who want to talk like they know hip hop. He is in EVERY conversation when it comes down to debating the greatest lyricists of all time. He is a literal master of rhyme schemes. There are many emcees — Yasiin Bey, Jean Grae, Eyedea, to name a few — that integrated external and internal rhyme signatures. But DOOM could interchange them seamlessly, back and forth, and often in the same song, giving him this genius off-time, on-time flow.

“One for the money, two for the better green

Daniel Dumile was born in London and raised in Long Island, New York. By third grade, he had already begun DJing. In his late teens, performing under the name Zev Love X, he and his brother DJ Subroc (Dingilizwe Dumile) were part of acclaimed politically-charged rap trio KMD — until DJ Subroc was tragically killed by a driver on the Long Island Expressway. After losing his brother, Zev Love X disappeared from music. Five years later, the Villain emerged.

Early on, DOOM practiced his craft at poetry open mics. He experimented with wearing ski masks and bandanas but finally settled on what would become his trademark: the mask of Marvel villain Dr. Doom. From his childhood love of comic books, he created his new super villain persona and was rarely seen without the mask. There are conflicting stories about why, and he once stated he wanted to be judged for his skills and not his face. Many saw it as taking on the villain role. His genius and unpredictability made him a villain to the music industry, and against the systemically racist framework of the United states his being Black put him in a similar category. Raised Five Percent Nation, and a practicing member of the Nuwabian Nation, he kept his faith and politics close to him always.

“Few can do it, even fewer can sell it”

DOOM quickly began pumping out some of the greatest genre-defining hip-hop of the early 2000s, including the debut record Operation: Doomsday and the seminal collab with god-level DJ Madlib, Madvillainy. These records have been played and discussed to death by backpack rap fans all the way to everyday heads, coming to exemplify all that is underground hip hop.

Unlike most emcees, MF DOOM stayed consistently great his entire career. While his first records were groundbreaking, recent collaborations with CZARFACE and DJ Muggs are some of the best work he has done — each verse just another killer, with his trademark hard-hitting lyricism and beat selection to the very end. In the ever-changing world of hip hop, he stayed current.

“No friendly warfare, this ain’t wrestlin’

The hills are filled with potent rhymesayers, but DOOM was first and foremost a super villain with a secret identity. Rarely giving interviews, the famously reclusive DOOM shrouded himself in mystique. The music industry likes to run on a schedule, but DOOM ran on his own unpredictable one. Always leaving people wondering, and more importantly, always leaving people wanting.

To enhance the enigma, DOOM began sending imposters to lip-sync shows, knowing that the mask hid the identity. Crowds caught on quick and would boo the imposters off stage, even booing the real DOOM at times.  Rather than apologize for the fraud, he leaned into it. He basked in the boos. He began sending out all sorts of imposters: white guys, the Blue Man Group, even once Hannibal Buress. He always claimed it was his character, and he paid the performer to play it, so it was genuine. Take it or leave it.

“Now use your imagination, just a smidgen

Succumb one to crumbs and pizza crust, when every fella can

Eat fresh fish and live fat like a pelican”

In 2017, DOOM experienced another personal tragedy when he lost his 14-year-old son, King Malachi Ezekiel Dumile. The reclusive artist spoke very little about it, leaving the cause of death a mystery, but still the hip hop community mourned with him.

In the end, DOOM ran his career like he ran his rhymes. He was playing a chess game, while the rest were playing checkers. He kept us interested, and he kept himself relevant. The sum of all his parts was some of the greatest artistic achievement we’ve witnessed, with the parts themselves being genius on their own.

“Phony, It’s lonely at the finish”

When the announcement of DOOM’s passing hit, the hip hop world and beyond was stunned. There was an outpouring of grief from everyone from Q-Tip to Tyler The Creator to occasional collaborator Thom Yorke. How could this legend be gone? How could 2020 take yet another good thing? Pure artists, with the gravity DOOM contained, come along so rarely. I suppose we can find solace in that we were here to witness it.

MF DOOM passed away on October 31st, and we didn’t know about it for three months. Because MF DOOM left this plane as he lived it. A villain, with his own supreme agenda for world domination.

Rest In Power Daniel Dumile, and thank you for everything.