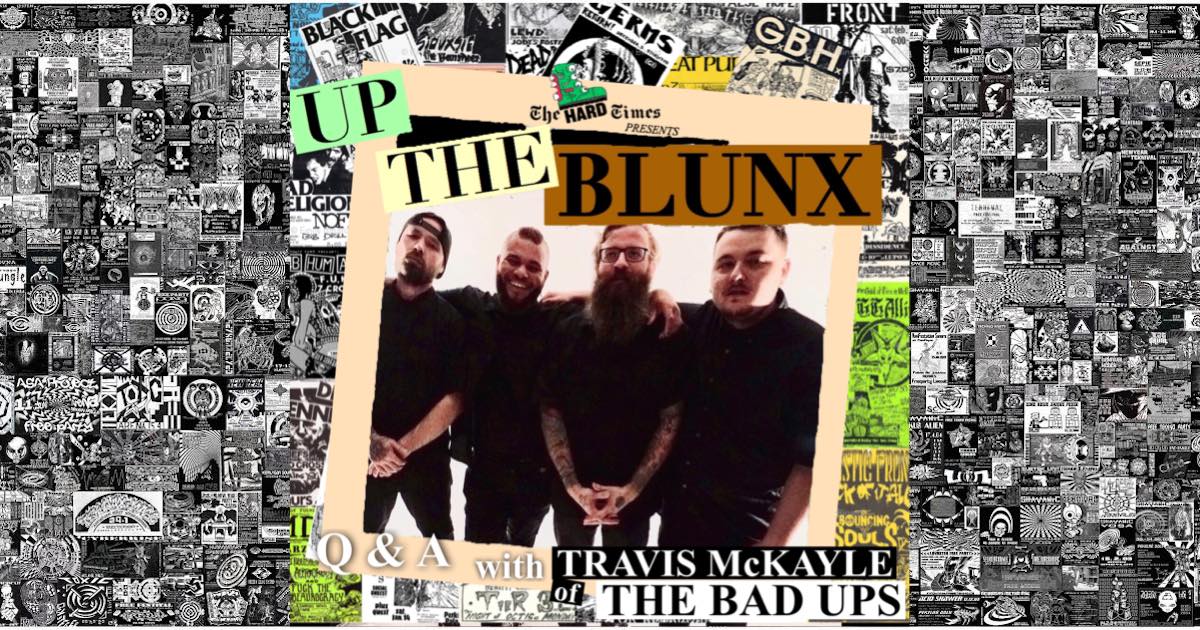 Up the Blunx Featured Artist: The Bad Ups

Up the Blunx is a podcast where two Black punks from different walks of life get together to voice their opinions on everything from straight edge to condiments to the police. The show, from comedian Kevin Tit and End It frontman Akil Godsey, regularly features music from Black artists. In this series, we dig a little deeper into the artists behind the music featured on Up the Blunx. This week’s Q&A is with Travis McKayle of Philadelphia’s The Bad Ups, whose song “Mercy” was featured on episode 13.

When did you get turned on to punk and what was the world around you like at the time?

I got into punk when I was like 14ish. My brother got me MXPX Let it Happen for my birthday and it got me started. Then I found the edgier stuff when I switched from homeschooling to public school in 10th grade. Our guitar player, Zach, would write band names on my folder and I’d go listen in the library.

The world was different than now obviously, but especially different for me coming from homeschool life. I was definitely out of place a lot of the time.

When did you pick up a guitar and start writing your own songs?

I picked up a guitar the first time at 11 and started writing my own songs around 13 years old.

How did the Bad Ups form?

We’ve all been in bands together over the last decade, and we all had some down time and had some more connects in the scene by then, so we were like “let’s do this!”

How would you say your race has influenced your experience in punk?

I think people tend to expect less from me or try to downplay successes and be more critical of what I write…but honestly, it’s always pushed me to try harder at what I love.

Can we expect more new music from The Bad Ups in 2021?

We’ll def be hitting the studio again in 2021 with our producer, Nik Bruzzese for another EP!