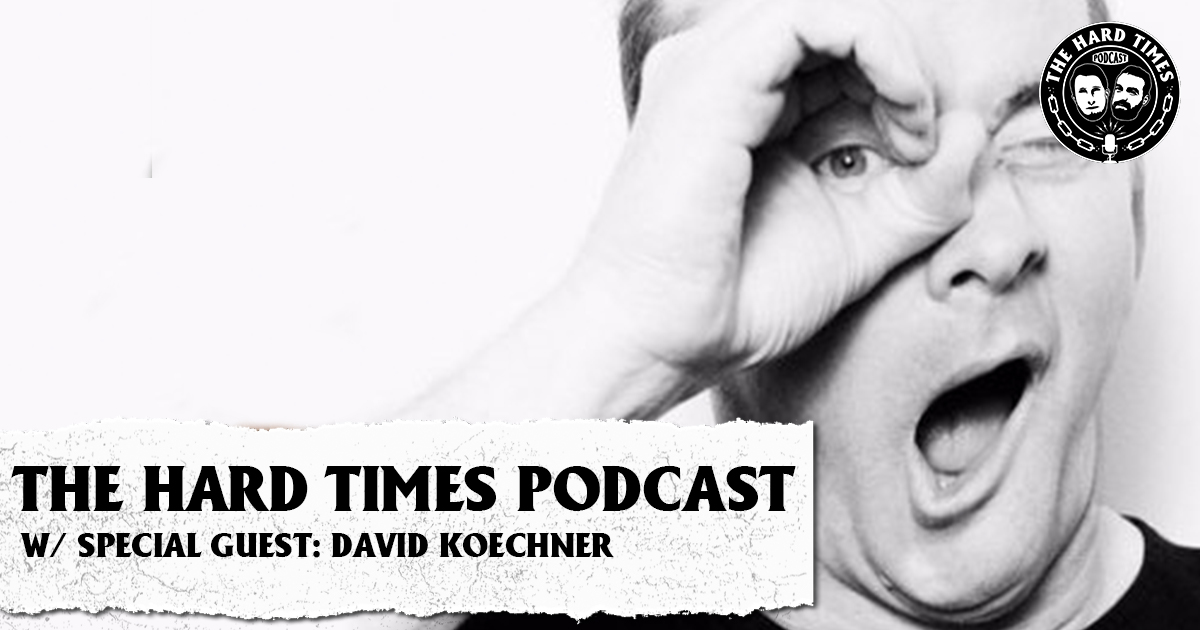 David Koechner Is Hard To Miss

Whether it’s describing an intricate scheme to catch the first Saturday Night Live without his conservative parents finding out, or how the fallacy of the Catholic church influences his performances for characters such as Todd Packer or Bob Pogo, David Koechner can talk about anything.

On the latest episode of The Hard Times Podcast, when asked about coming up during a pivotal moment in the comedy scene and making fellow comedy legends like Steve Carell laugh, he’s down to earth about it.

“It’s very edifying, but who cares but you and those people? You’re happy you’re all there,” David says of his Second City days. “It’s fun to have that connection.”

But not every hit lands with every audience.

“You can tell your kids, but they’re like ‘yeah okay sure right Dad.’ I’ve got five kids, all I want to do is make them laugh. What do I get? Fucking eye rolls. So when I do get a laugh I’m like, ‘yes.’”