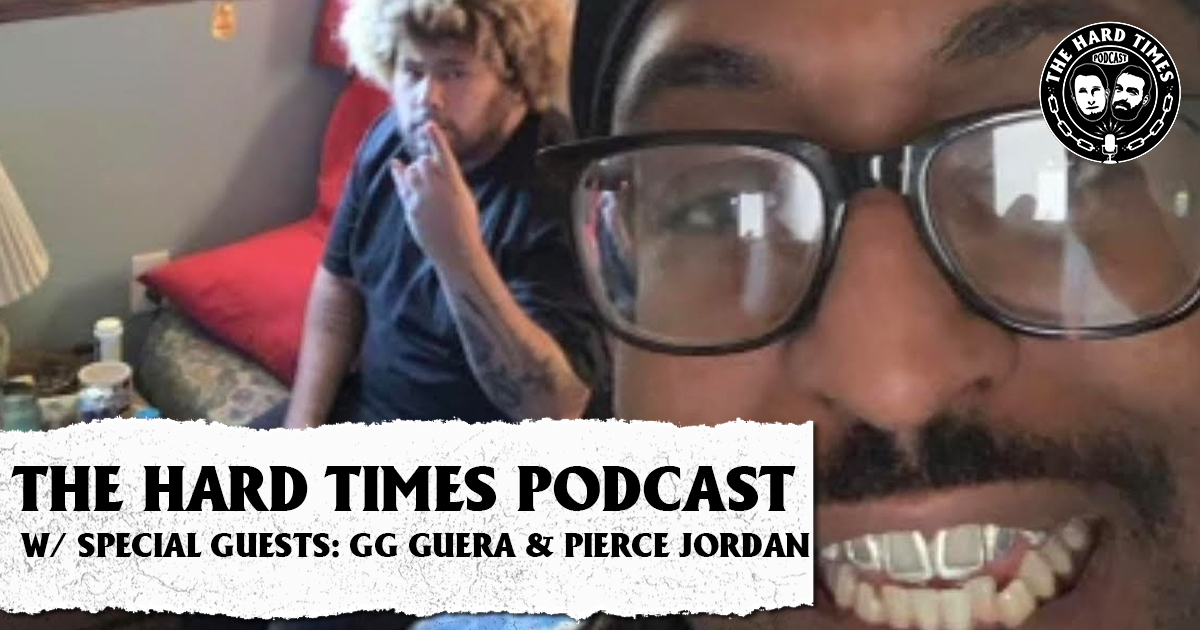 Pierce Jordan and GG Guerra Scream On Some Heavy Shit

There are great bands and there are great stories about how those bands are formed. Soul Glo has both qualifiers, especially the way lead singer Pierce Jordan tells it on the latest episode of The Hard Times Podcast.

“When the band started I was in a very depressed-ass place in my life — honestly it hasn’t gotten any better, it’s just changed forms — and it was just really bad man.”

“I was thinking about quitting music and trying to get my act together or something,” says Jordan. “I was midway though college and not planning on going to grad school and I didn’t know what fucking job I was gonna get… I was trying to do music. And then Rubin texted me ‘Are you trying to get on the mic in a hardcore band?’”

“Did he actually phrase it that way?” asks Matt, “Because that’s an incredibly cool way to be invited to be part of a band.”

“He said like, ‘do you want to scream on some heavy shit,’ so that’s basically what he said. And I was like man…alright fuck it.”