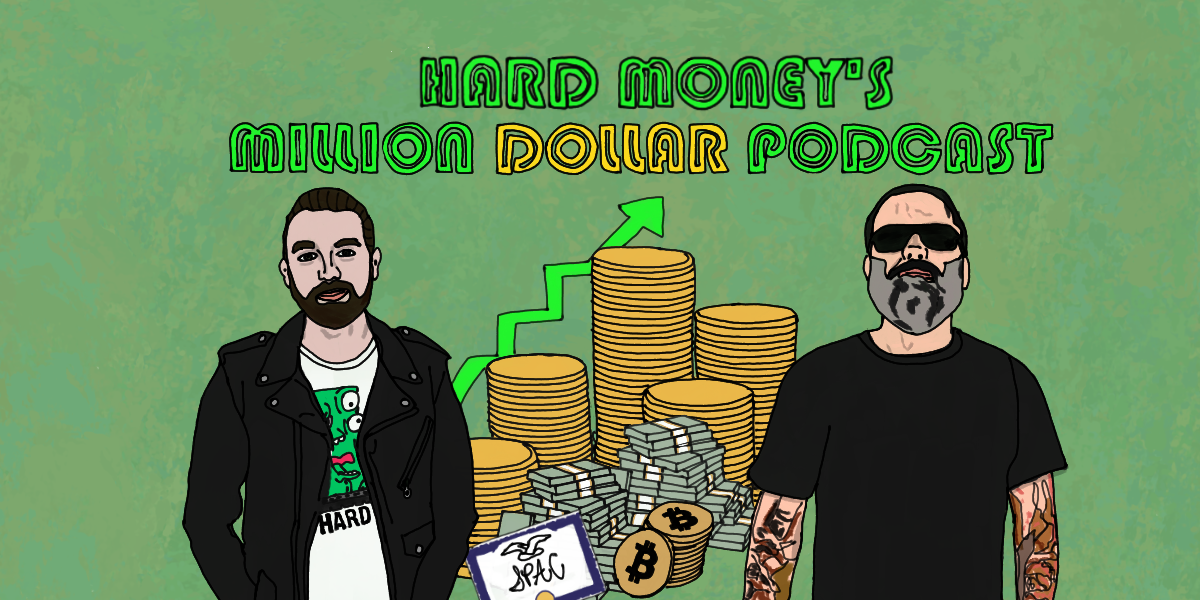 Hard Times founder Matt Saincome somehow got a couple Wall Street money guys to sit down for a weekly podcast where he’ll do everything he can to turn $10,000 into $1 million. Or it might turn into $0.00.

Either way, Hard Money’s Million Dollar Podcast is just the latest in a string of ventures from Matt, starting with his batshit idea for a satirical punk zine. We asked contributors from The Hard Times what they think of his most recent project. Will he succeed? Will he invent a new cryptocurrency or simply tank an entire industry? Their thoughts are below.

When Matt first told me he had plans to start a plant-based water company, I didn’t really understand what he was talking about. But he assured me that ‘people are idiots and this will work’. The man owns a Tesla and lives in the Bay Area, so he must know what he’s talking about.

Matt’s a visionary and he’s always cooking up new artistic ideas. I really love his newest idea of a one-episode podcast!

I must emphasize this: we cannot allow Matt Saincome to make one million dollars. You have no idea what this man is capable of. The low-budget DIY stuff is the only thing that’s kept him in check so far – if he gains more resources, the blood will be on our hands. For the love of god, please audit this man.

I once played Lemmings for Super Nintendo with Matt for about four hours. During that time, he dug himself into countless holes he couldn’t crawl out of. I expect much of the same during this experiment.

Matt has never gotten high, but he has pointed out that “profit” and “prophet” sound the same.

Ohhh, so that’s why he’s printing $100 bills on the office printer.

I told him that having a baby just so he can raise a YouTube star is not the best idea, but he assures me they will also probably love the child very much.

To find out what happens when a Bay Area punk kid tries to become a Bay Area punk millionaire, check out Hard Money’s Million Dollar Podcast every Tuesday on The Hard Times Podcast Network. Be sure to subscribe and let us know when they explain why I still can’t get my Robinhood account up and running.