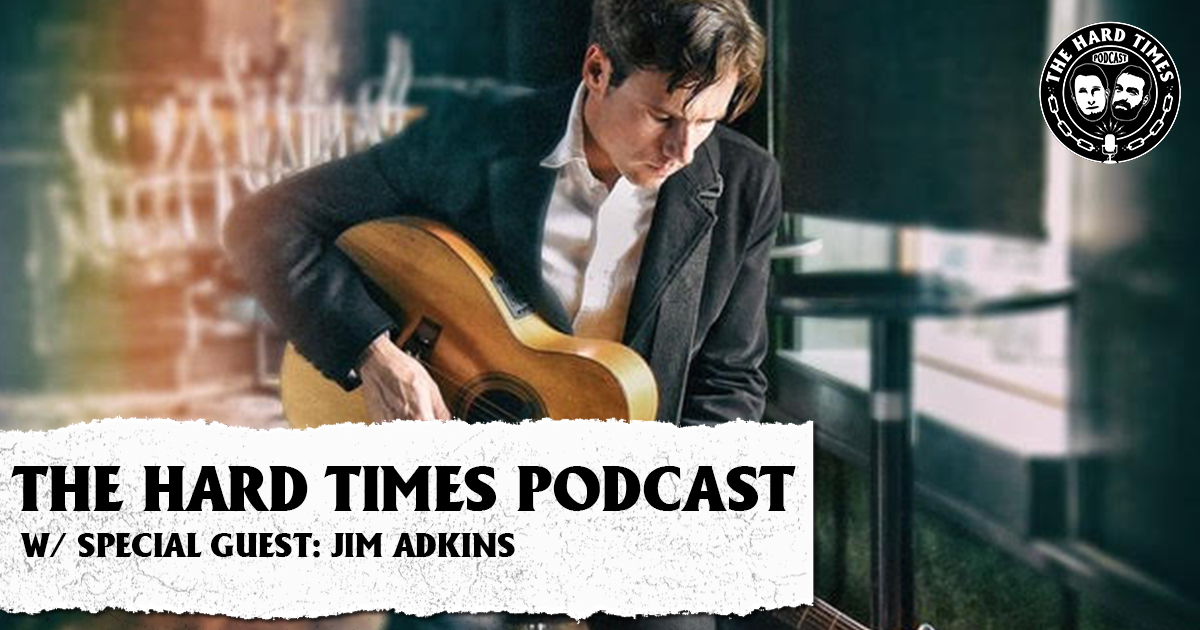 Right out the gate, Bill asks Jim Adkins, “How does it feel to know that you’re more important to my brother than I am, and that my wife would leave me for you in an instant?”

“Come on man, it’s not a competition,” Jim responds, with all the confidence of someone who would win that competition.

Jimmy Eat World has always toed the line between pop and punk, but that doesn’t stop lead the frontman from being confused by the tendencies of American pop music.

“We got invited to do a thing for MTV,” Adkins begins. “So we’re in the studios there, and Lindsey Lohan is the host for the whole thing or whatever — really small studio, really cramped — and her band was there and I was like ‘Well, might as well get friendly with them.’ Introduced myself to the bass player and he said ‘so are you guys faking it too?’

“I just felt so bad. If you’re in Lindsey Lohan’s backing band, you’re just not playing.”

“I’m a little confused here,” Matt says. “I did not know Lindsey Lohan had a band.”

“It was a short lived pop thing. I felt bad for him.”

To hear more about Jimmy Eat World’s crazy career, Jim’s thoughts on Garth Brooks/Chris Gaines, and how else he plans to replace Bill, check out the latest episode of The Hard Times Podcast! Full video episodes available on The Hard Times YouTube channel.

Published in Interviews and Podcasts