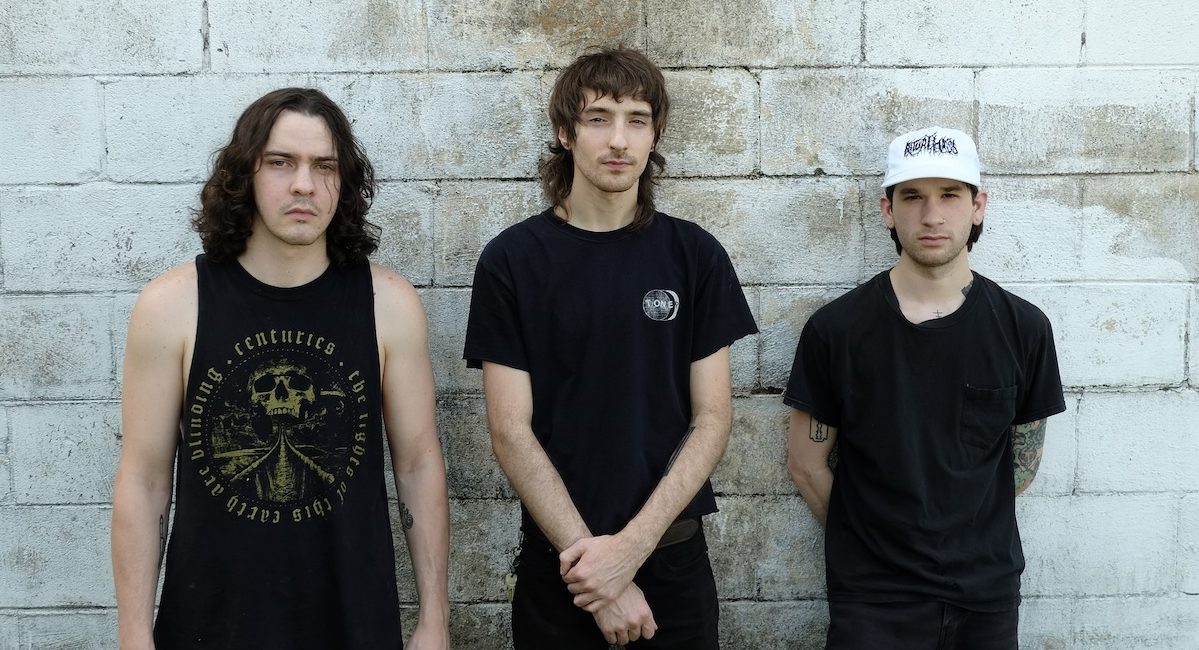 Austin’s Portrayal of Guilt dive into elements of black metal, classic screamo and plain old hardcore punk to create the formidable cocktail found on their latest effort We Are Always Alone, their second LP overall and first for Closed Casket Activities. Portrayal of Guilt specialize in a style of hardcore that is uniquely bleak and downtrodden — nodding at the drama of Pg.99, every bit as hateful as classic Cursed and Nasum, and owing a considerable debt to When Forever Comes Crashing-era Converge in both its tenacity and nihilistic eccentricities. We Are Always Alone is not only a key release for Portrayal of Guilt, it’s a landmark release for 2021 in general.

We Are Always Alone is out now on all streaming platforms/digital distributors. With such a lawless release out in the wild, we cornered vocalist/guitarist Matt King to ask him about the tone of the album, the dark corners that feed his inspiration and what he misses the most about music compared to what we’re facing in 2021.

Hard Noise: We Are Always Alone is extremely bleak in tone and timbre, especially in contrast to the last LP. What do you think the reason behind that is other than simply “wanting to improve from LP to LP”? Were there personal issues driving some of the themes?

Matt King: We’re continuously improving when it comes to songwriting, so I feel like anything anyone thinks we did better this time around is simply that natural progression. We recorded in a professional studio, which we’ve never really done before, so we were able to convey our ideal sound (at the time), although we are still and will always be in search of new ways to express an equal amount of despair in our sound as most of the lyrics, if not more.

For a band that is pretty notorious for touring a lot, the pandemic must be hitting you hard. How have you taken the down time? Has it been a positive experience (the ability to write more)? Negative? Mixed bag?

We went into the studio right after cancelling the last few dates of a tour we were on, which was mid-March of 2020. We’ve been trying to stay consistent with our output since then, especially with writing. We’re always trying to stay a few steps ahead at all times, so I can definitely say it’s been positive in that aspect. The negative is not being able to play shows and at its current state, I doubt we will be able to for another year.

Where does lyrical inspiration come from? Is it strictly personal experience? Are there authors that inspire you? Are there specific films? What inspired you on this LP that falls outside of the lines of strictly music?

The lyrics are very personal. I find myself writing in a more poetic way lately, while trying my hand at fictional storytelling. It’s been fun. I’m not directly inspired by authors or films in relation to lyric writing. There’s so much evil in this world that it’s physically painful to think about. That’s where some of that inspiration lies.

What were some bands local to Austin that inspired you in your incubation?

I can’t say we were inspired by any bands in Austin when we started, but growing up within the scene we were all fans of Hatred Surge and Iron Age, as well as Impalers, Total Abuse, Institute, Recide. The list goes on. Texas has the sickest bands.

What do you personally enjoy the most, writing or performing? Why?

Writing for sure. Performing is cool, but the amount of anxiety and stress involved isn’t fun to deal with sometimes, though we really enjoy traveling (touring).

As far as bands affiliated with Closed Casket, I can say Full of Hell is probably one of the more inspiring bands we’ve come into contact with. I met Dylan around the time they released that first 7″. Watching them grow and become what they are now is more than inspiring. Much respect to them.

You were on tour when you were forced to cancel and head home due to COVID. How do you think this time away from the road has changed you as a person?

Not being able to travel like we used to sucks. I want to explore as much of the world as I can with what time I have left, that’s a huge goal. Having to stay home because of a worldwide pandemic has brought a lot of things into perspective, especially over the past year. It’ll get better, I hope.