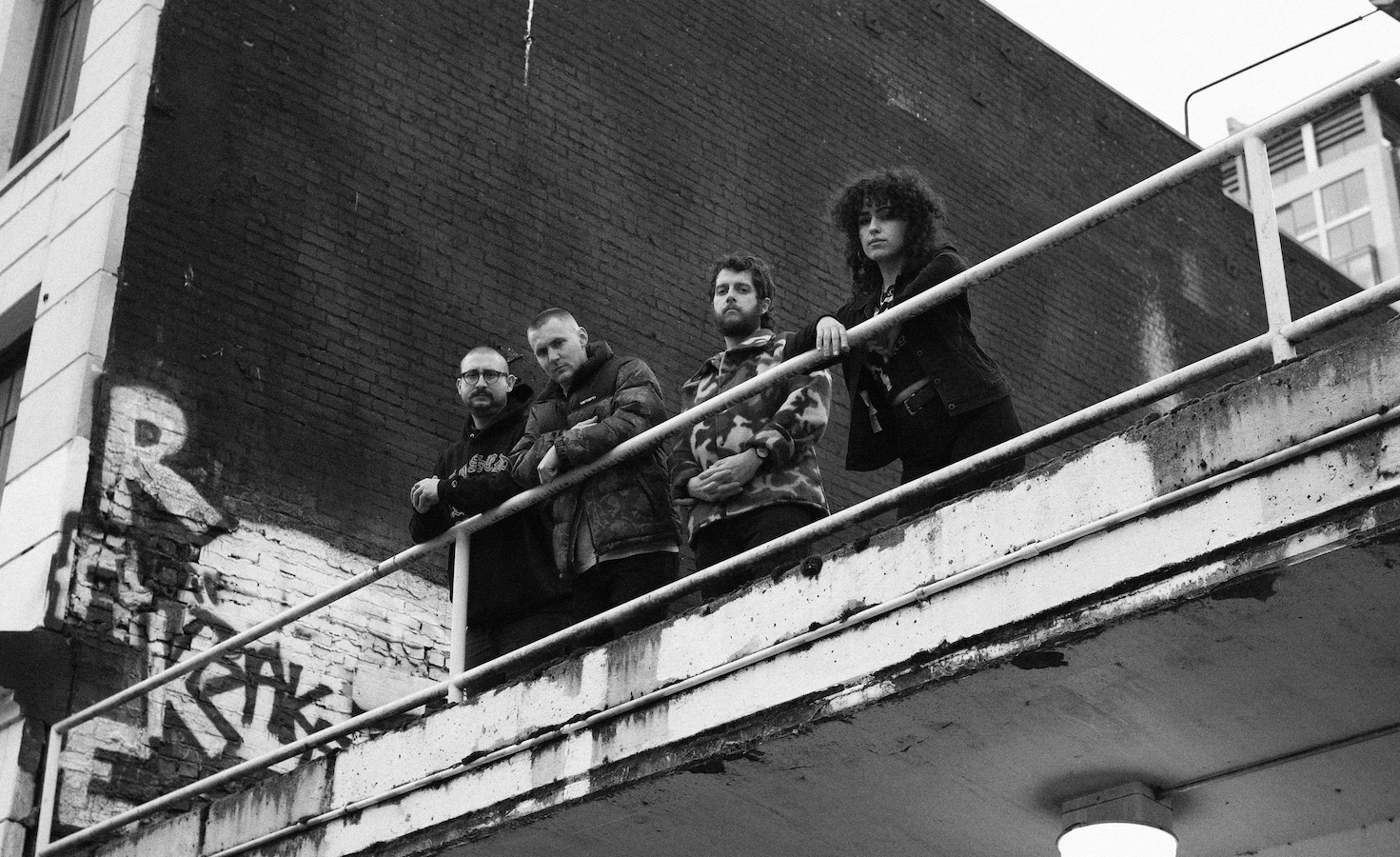 Crime & Punishment is the latest from Regional Justice Center, the new LP with new label home Closed Casket Activities. Due on March 2nd, the 10-track effort is an incendiary trek through hardcore and powerviolence, tipping the cap to names ranging from Cold Sweat to Crossed Out. In an era where very few things in the genre of PV haven’t been attempted, RJC finds new ways to mine fresh ideas.

RJC’s main contributor is drummer Ian Shelton, an LA native who doubles as a filmmaker with several videos under his belt. Between the new effort, dealing with the coronavirus and working on new material for Militarie Gun, we cornered Ian Shelton to discuss the making of Crime & Punishment, classic powerviolence, collaborating with Justice Tripp of Trapped Under Ice, and more. Details of our conversation are below.

Let’s start with the LP, your second overall, which is 10 songs in the 13 minute range. What exactly comprises an LP in your mind? Obviously it’s traditionally a certain length…

It’s just the process. There’s an idea that feels like it’s bigger and sometimes format weighs into that. You know, you want a piece of wax that’s bigger that conveys a bigger sense. An LP has more urgency, more meaning, than a seven inch piece of vinyl. But with that, I had the title of Crime and Punishment first and I just wanted to make something about cause and effect that followed a person’s view from childhood until they go out into the world and afterwards.

You recently did that record with Justice Tripp (Angel Du$t, Trapped Under Ice), which was a shorter release. Was that version of RJC all you? As opposed to the current LP, which has a full band.

There’s really not many bands doing this style nowadays, unless they’re leftovers from the previous years. Despise You, Iron Lung, and newer guys like Zulu, Wound Man, Healer, Brain Tourniquet, SPINE… maybe a couple of others. What were the bands that provided the jumping off point early on for you to get interested in this style?

Iron Lung was a huge part of it coming up. And that’s one of the first bands that I saw doing drumming and singing. My first drum set was bought to drum and sing in a powerviolence band when I was 14. It just kind of seemed obtainable. I feel like that’s what a lot of people feel about the genre you first get into it. And it seems so ridiculous.

Charles Bronson was probably the first PV band that I got into. My friend sent me “Marriage Can Suck It” and I was just like “holy shit, that’s the whole song??” And that was kind of the moment where I started to get into other things like Infest and stuff like that.

As far as punk and heavy music and being a musician within those styles, do you actively listen to the genres anymore?

What are the landmarks that you do go back to? And then to springboard off of what you said, what are some other things that you listened to that maybe might not be as obvious from an inspiration perspective?

I mean the landmarks for me have always been the Crossed Out seven inch, Endless Blockade’s Primitive, Hatred Surge, Iron Lung’s Sexless / No Sex and the records around that time. It’s always that and then sometimes you hear something modern like Wound Man. I always revisit that Wound Man song “Rolled.”

And then things outside of the realm, the Beatles are always a huge reference point. I like to take Ringo drum parts and put them in a hardcore song. That is one thing that I really love doing. On the song “Institution,” I was listening to a Robin Trower riff and I was like, “Oh, the timing on this is so crazy. I’m going to try and do that.”

With the new LP, what were some things that you were hyper-focused on going into it?

We were very focused on the production element with this one. This is the second time we’ve done a record with Taylor Young, but he was very involved in producing the record and he gave a lot of input on it. And so, I feel like this bigger kind of crazier sound was a huge step forward for the sonic makeup of the band. There’s always things that you wish you could change about previous records, but I don’t really dwell on those things.

When did you record this? Have you been working on new RJC material since the pandemic started? How would you classify the downtime that you’ve had thus far?

We recorded this in April of 2020 when it was kind of at the height of everything. But with that, I haven’t taken the time as much to be writing RJC stuff. This is actually the first time that I don’t have new stuff written. With every other record, I’ve at least had a few new songs or a complete record written before the next one’s released. I’ve mostly used the time to write for this new band that I’m doing called Militarie Gun and we have a ton of music on the way. So there’s always stuff in the can ready to go, it’s just different stuff now.

I’d classify the downtime for me, creatively, as 100% positive. I used that time to just push myself, and I would have never done it had it not been for taking touring off of the table. I would’ve just been out touring or been about to leave and not hunkered down in projects. As things are starting to loosen, I’m trying to still keep that same creative drive to keep pumping out new stuff and pushing myself.

Conversely, the free time has made some people second guess their own methods to the point where they will work and rework constantly, over and over…

I’m not big into changing or reworking or doing anything like that… I really like the process. And that’s why, you know, I’m not a perfectionist at all. I’ll just think “Oh, I’ll get it right on the next song.” And, um, you know, if a song is too terrible, obviously it doesn’t get released, but it ends up being just that. I keep it moving, you know?

There’s probably like two or three guys that I think are just the quintessential people when it comes to this style of music. Who do you think are some people where you’ve followed everything that they’ve done?

Alex Hughes is definitely one of those people actually, Hatred Surge and all that. His resume is beyond impressive, even like Machine Gun Romantics… I’ve followed all of that from the beginning and loved all of it.

Eric Wood is obviously key too, between Neanderthal and Man is the Bastard and Bastard Noise. I saw Bastard Noise when I was in high school with the drum and bass line up and with Iron Lung. Obviously Jensen Ward. He has a lot of side projects and Iron Lung Records. Everything that he touches has a degree of quality that you want to be interested in. Also Andy Beattie, who is another old school dude, and his vocals are the greatest.

How much are you are you into modern hardcore?

I really liked that Restraining Order record a lot. That new Portrayal of Guilt. There’s a ton of great stuff lately that is not the kind of thing that I want to to listen to every day, but are still a big part of my musical diet, you know?