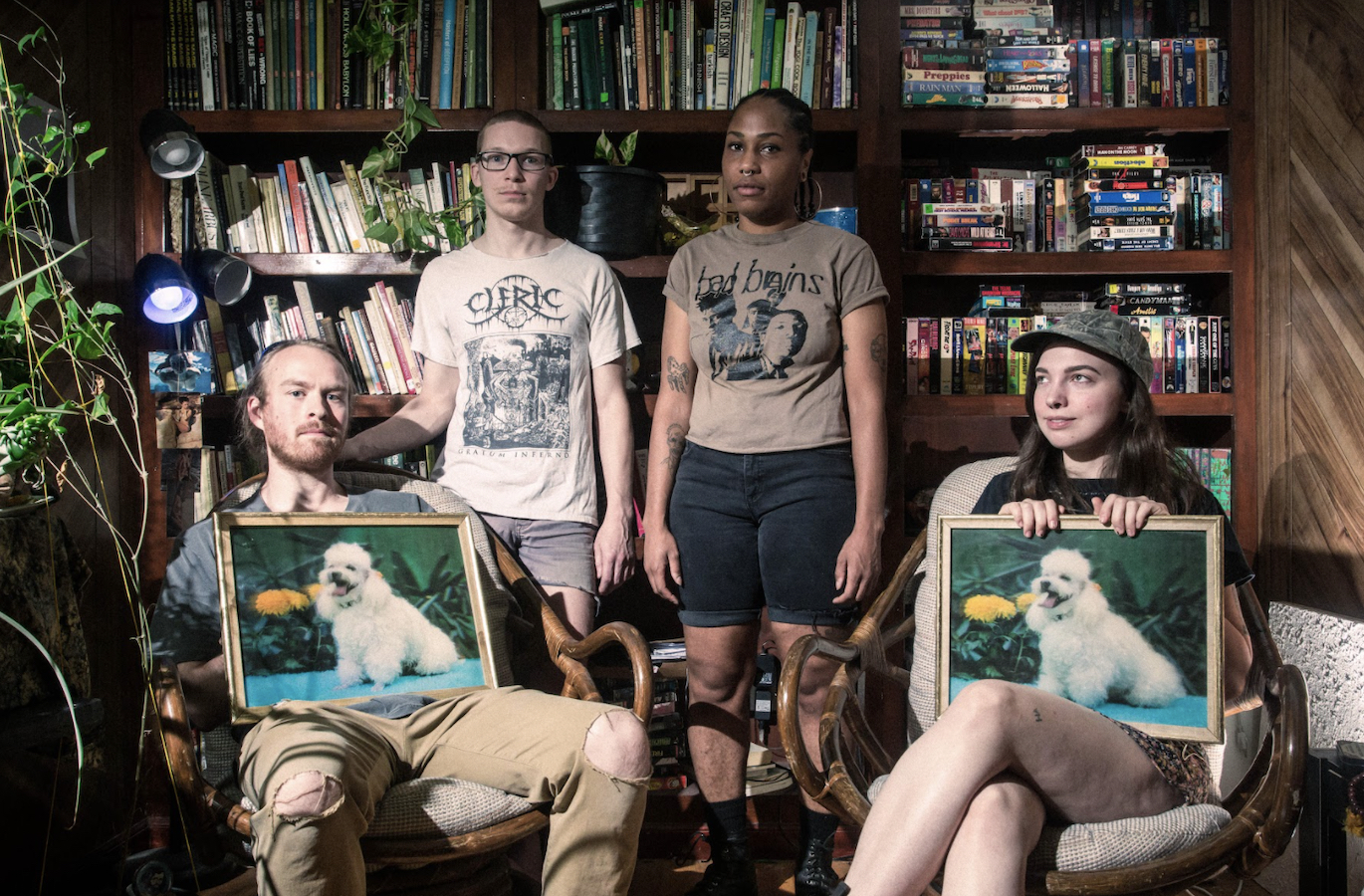 Premiere: Thirdface’s “Buck” is the Middle Ground Between PV, Screamo and Early Converge

A quick scan of the new track “Buck” by Thirdface and it becomes abundantly clear that the Nashville-based band (whose drummer also plays in Yautja) encompasses some of the best of ’90s DIY underground — the snarling and distorted bass screams Man is the Bastard, the emotionally-charged ADD-hardcore attack recalls Jerome’s Dream while the panic-induced song structures hint at early Converge.

Regardless of the individual notes and ideas contained therein, Thirdface feels positively furious and urgent on this new single from Do it With a Smile, due via Exploding in Sound on March 5th (order yours here).

The cocktail of influence is inherent in the band’s interests but also quite possibly their local roots as well.

“David had written some sick and slick riffs over a period of time and came to his bandmates (Sallow) Maddy and Shibby to switch genre gears,” recalls vocalist/guitarist Kathryn Edwards.

“After they got everything plugged in, they asked me to front and it’s been solid ever since. Influences vary: Slap-a-ham, Ebullition, Touch and Go, Revelation, Discord, Earache, SST, ’90s rock, pv, death metal etc etc etc. Nashville tends to be a little bit of this, a little bit of that.”

Check out “Buck” from Do it With a Smile due via Exploding in Sound on March 5th, available for the first time above.