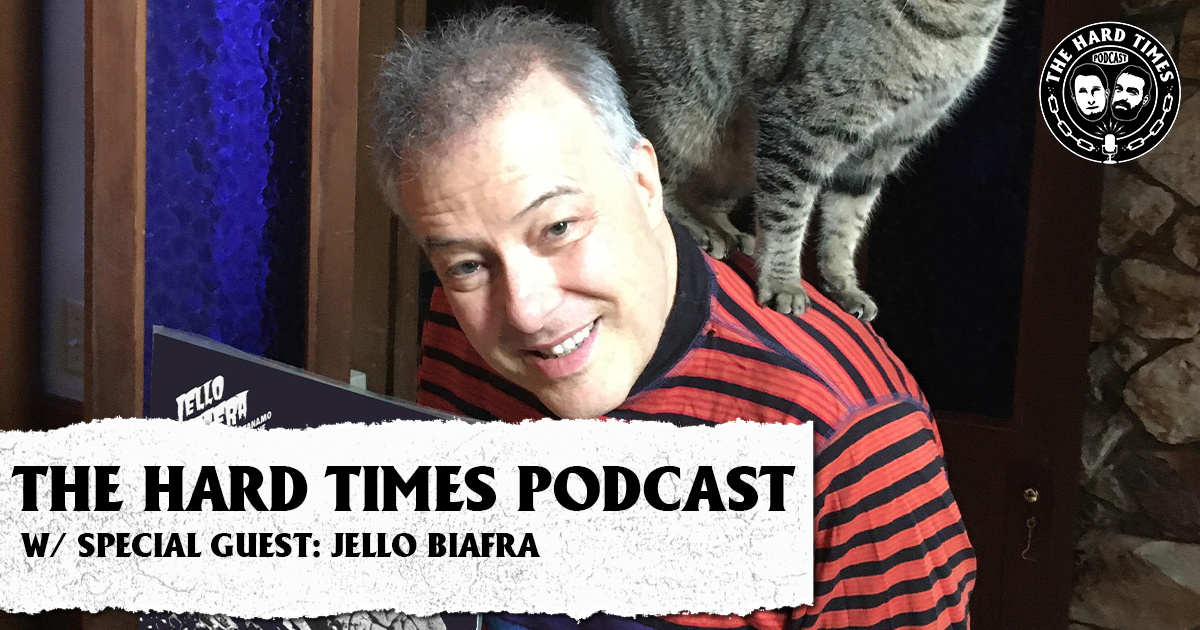 Jello Biafra Is No One’s Property

Original Dead Kennedys frontman Jello Biafra has a lot on his mind no matter what the topic is. But politics definitely get him going, especially when asked on the latest Hard Times Podcast about his former band’s tweet concerning “American Hero” (yuck) Mitt Romney (who once let a dog die on his car roof). Jello called them out online, as a real hero does.

“And I guess enough people saw that, then Ray [DK guitarist] came and said ‘Oh that wasn’t us that was our social media coordinator’ — which in all likelihood is actually Ray or that singer they have now who calls himself Skip McSkipster,” Jello tells Matt and Bill.

“‘Oh we’re not a political band, we’re a social satire band!’ That’s reason number 1005 I don’t play shows with them anymore. You know I’ve turned down offers as high as four million bucks to play with them.”

“But if those clowns and the way they behave and the people they are now comes with the package, the motive would only be greed and money. And the rest of the posse they’ve surrounded themselves with? They really give me the creeps! I’m not their property, they don’t own me and I will never work for them.”

To hear more from the one and only Jello Biafra, check out the latest episode of The Hard Times Podcast! Video episodes available on the Hard Times YouTube channel.

Published in Interviews and Podcasts