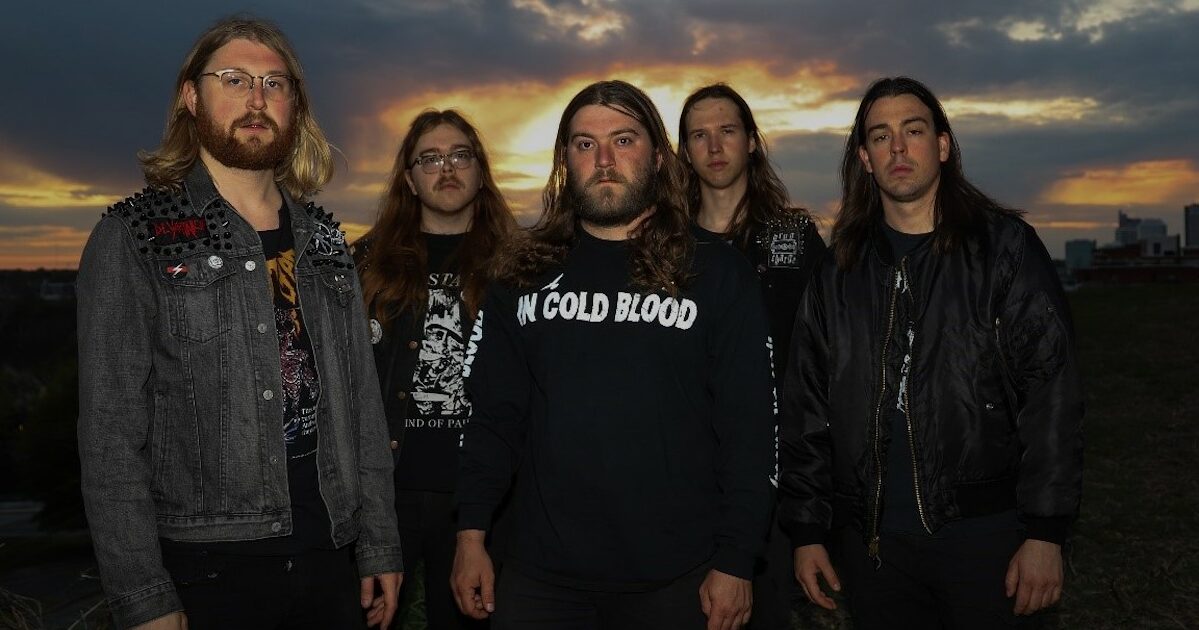 Slow and steady wins the race — just ask Enforced. Released in July 2019, Enforced’s At the Walls LP was a slow burn that eventually lit a fire in the underground, making fans of crossover thrash, hardcore and more take note. Released on Andrew Kline of Strife’s WAR Records, the effort was 26 minutes of pure adrenaline, nodding to favorites like Cro-Mags, Biohazard and Hatebreed along the way all while mirroring that same intensity on the live stage. As the world slowed down due to COVID-19, Enforced made some new moves — signing to Century Media and readying their new LP Kill Grid for release in 2021.

Arriving on March 12th, Kill Grid upped the ante by leaning further into the metal world, upping the speed and the ferocity. The result is a fun, beer-soaked, thrash metal favorite that leans more toward Sodom and early Kreator — a triumphant effort considering the history and popularity of the genres. With Kill Grid out in the wild, we cornered guitarist Will Wagstaff about the new LP, the band’s ascension, influences, and why they consider themselves more of a metal band. Details from our conversation are below.

Hard Noise: The response to At the Walls was massive. How did you perceive the release’s success, and what unexpected doors does that open?

Will Wagstaff: It was awesome. We were so psyched to get to do tours with Integrity and All Out War, Sacred Reich, etc. I mean, come on! I think to an extent we could say At The Walls opened the door for Century Media since At The Walls was essentially a compilation record. It definitely got new life through WAR and Andrew Kline.

We had a couple personnel changes between most of At The Walls and Kill Grid, and I think the musicianship has stepped up for sure. We wanted to take a less straightforward, 2.5 minute-long song approach. I think we were able to achieve a more developed record with regards to the musicianship, solo-ing, songwriting, vocal approach, etc.

The record seems considerably faster and heavier, with notes of early Sodom, Kreator and Slayer which were all hinted at before, but part of an overall more crossover thrash approach. What were some of the bands that you guys were listening to going in?

Yeah that is totally accurate. I think a few other bands that really carried the torch in that realm are Demolition Hammer, Dark Angel, Pestilence, Sadus, early Cannibal Corpse. Then I listen to a ton of hardcore too, like All Out War, Hatebreed, etc. It is definitely crossover in a traditional sense, and I think we push the thrash metal element hard.

I would say we push the metal side more in some aspect, like having solo sections, longer songs and stuff. But that being said, you’re right. We can sit super comfortably on either type of bill, which is something that wasn’t 100% expected, but we’re so fortunate and humbled that both “scenes” seem to dig the band.

I would say we want to play our music for whoever likes it. I don’t think we hope to play one more than the other eventually, or anything like that.

What is your personal highlight from the record and why? What do you hope that someone takes away from the new album?

My personal highlight from the record would be just getting the whole thing done and recorded and out in a way that we all loved. The team has been amazing to work with, and everyone wants to succeed which is so important when working on a project like this.

I love the solo work our friend Josh did on The Doctrine. He’s just an ’80s guitar god and so to have him drop some work on the record was amazing. Shoutout to Josh Francisco. I hope people take away that we stepped the bar up with this record, and we will continue to step up with subsequent releases. The “blood, sweat, and tears” put into this record was significant and I hope people can hear it in the tracks.