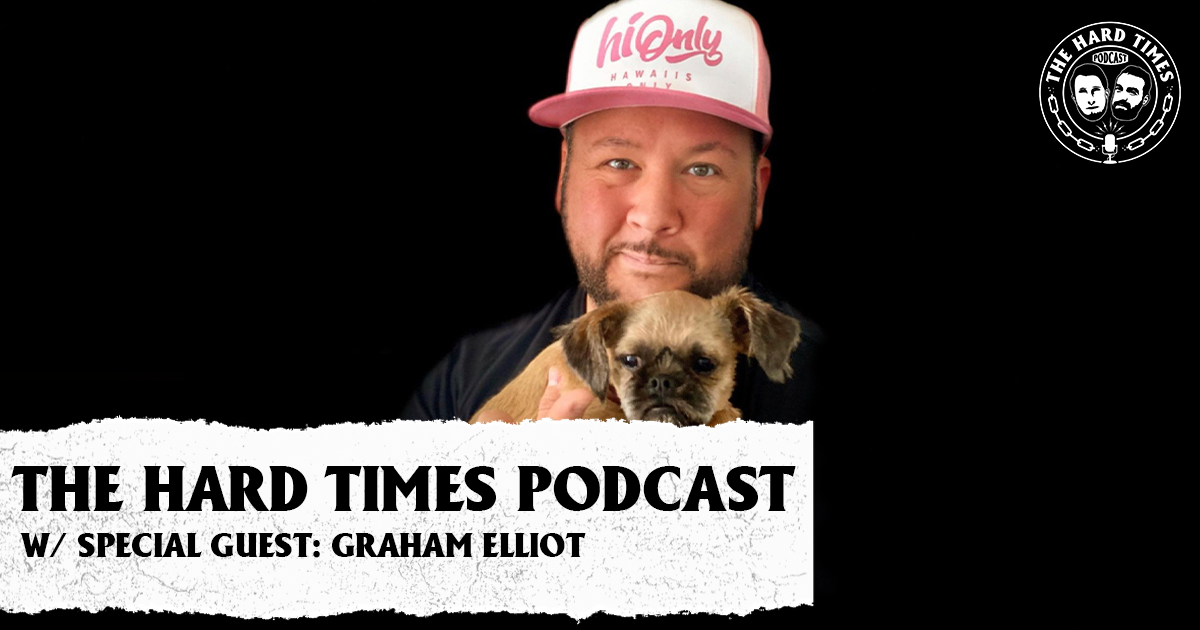 Graham Elliot Blends In With Anyone

It was only a matter of time before Hard Times superfan and four-star reality tv chef Graham Elliot came on The Hard Times Podcast. It takes less than ten minutes talking with Matt and Bill before he’s diving into NFTs and reminiscing about punk songs in skateboarding videos.

Elliot declares that he can blend in with any scene: ska or hardcore, skateboarding or cooking. The fact that he’s so keyed into his surroundings is just as helpful in coming up with new recipe ideas as it is for comfortably shooting the shit with a couple punks — no matter if it’s in a skatepark, a kitchen, or a videochat.

“For me, it’s always been perverse almost,” Elliot says. “I’m walking down the street and I’ll see a red stop light and I’ll think ‘oh rhubarb’s coming out because it’s Spring and then cherries so what if… I did a cherry gazpacho instead of using tomatoes, because that’s not available until later in the summer.’”

“So it’s seeing things and coming up with that… like, the back of your wall reminds me of asparagus and black truffles,” he says of the black-and-green checkerboard walls in Matt and Bill’s home studios.

“That’s what we were going for!” says a very excited Bill.

To hear about punk, cooking, and opening a restaurant in Macau, check out the latest episode of The Hard Times Podcast!