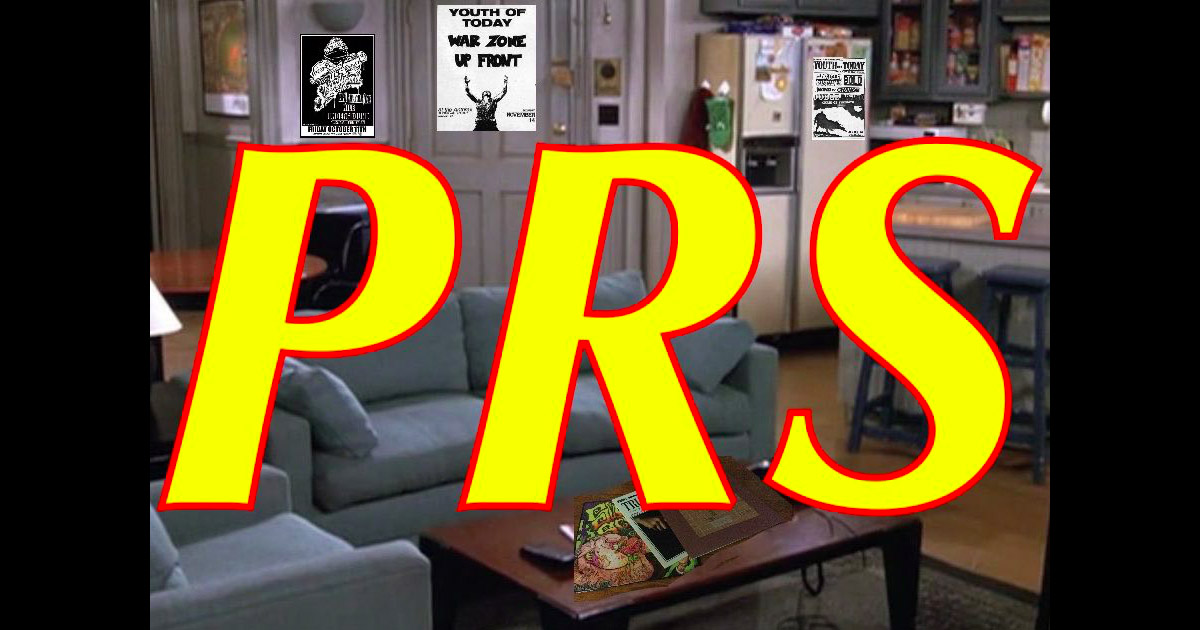 Punk Rock Seinfeld is the stop-motion animated brain child of The Hard Times writers Kevin Tit, Dan Luberto, Heather Cook, Eric Navarro, and Brendan Kelly (yes, that Brendan Kelly). The follow-up to the pilot episode is out now, featuring everything you thought you missed about house shows during the pandemic.

Check out “The House Show” below, and read on to find out what the deal is with Punk Rock Seinfeld.

Hard Noise: Why Punk Rock Seinfeld? How did the idea and concept come together?

Eric Navarro: The original idea came years ago while riffing with some hard times writers (shout out Rick Homuth!) and later I brought it to Kevin who suggested we do it as an audio sketch. We talked to Dan about writing with us and he thought we could make it animated so we learned how to make crude animation.

What’s the process that goes into making each episode?

Kevin Tit: Me, Dan, and Eric come up with the episode ideas and plot points/bits together. Then someone writes the actual script (usually Dan). Once the script is done, I record the audio with Dan, Heather, and Brendan. Next, Eric films and edits the stop motion before Dan animates the mouths and any other post-production graphics. Louie Aronowitz does the music.

What are some other Seinfeld characters you want to bring into this (and why is it Dr. Tim Whatley voiced by Bill Conway?)

Dan Luberto: We’ve got an episode in the works where we meet everyone’s parents…

KT: Yeah, it’s a very straightforward and easy to draw relatable parallels between.

EN: Nu-Metal Fraser. He’s still a therapy DJ but in 1998, with a chain wallet and fingerless gloves, who lives in Detroit.