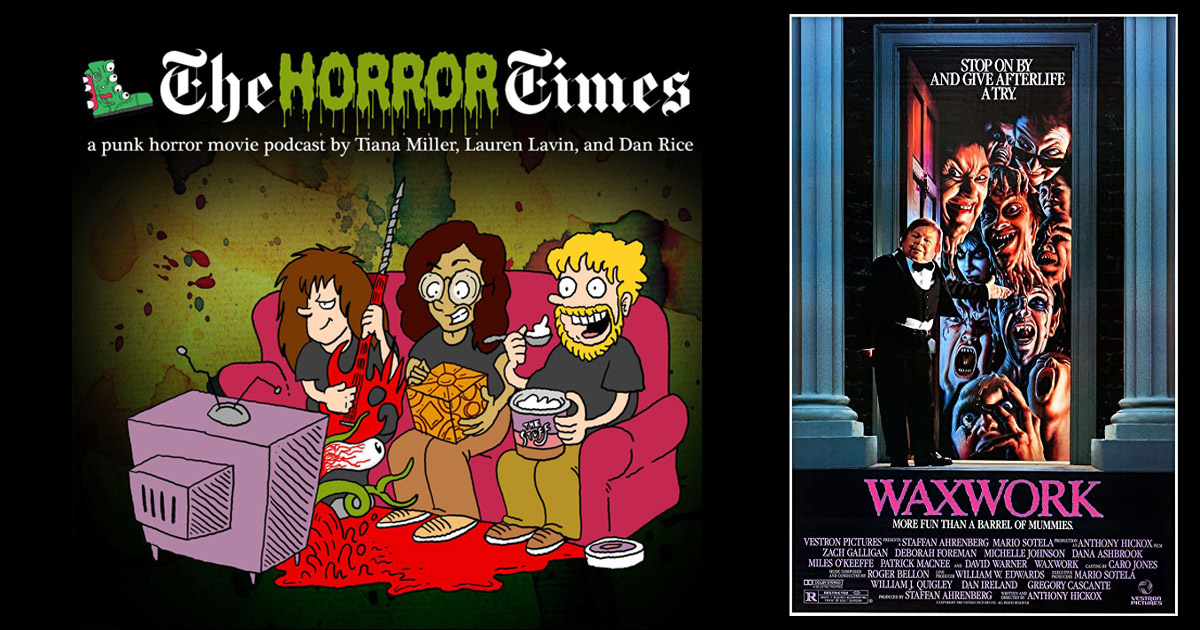 The Horror Times: Where to Watch Waxwork (1988)

The Horror Times is a weekly horror movie watch-along podcast featuring original music and sketches from comedians & writers Tiana Miller, Lauren Lavín, and Dan Rice. New episodes every Friday from The Hard Times podcast network. This week’s movie is Waxwork, and here’s where to watch it.

Written and directed by Anthony Hickox, Waxwork centers on an evil wax museum owner (David Warner, looking like a Dr. Who convention barfed on him) and his plan to use his wax displays to unleash a host of non-copyright violating bad guys on the world. Starring scream queen Deborah Foreman, Zach Galligan, a Twin Peaks guy, and John Rhys Davies for a hot minute, Waxwork boasts great special effects and a very punk rock disregard for the difference between history and fiction.

Where to watch Waxwork:

PutLocker (free all the time)

Rent from iTunes, YouTube, Google, Microsoft, and I don’t really get why they do this. It’s not like I have to give the movie back so someone else can watch it. Just make everything cost $3 to own already, damn.

Within the reflection of your favorite camp counselor’s machete

Next week’s movie: Halloween III: Season of the Witch (1982)