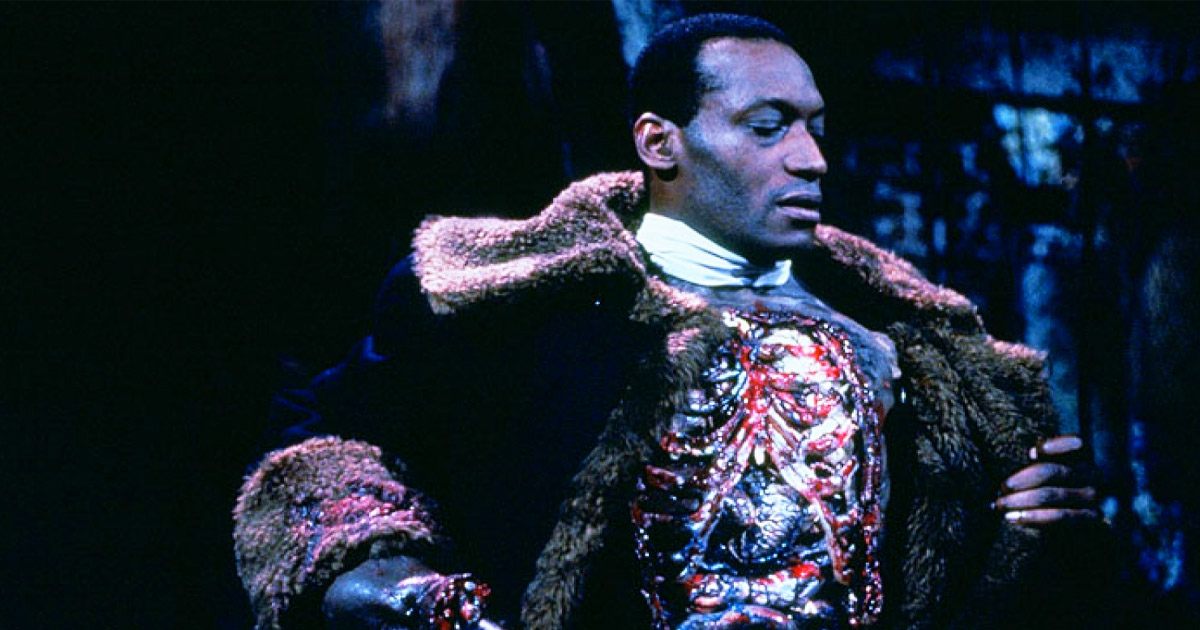 This week, Dan and Lauren are joined by special guest Kevin Tit of Up the Blunx to talk about the sweetest urban legend ever to get awkwardly translated from working-class Liverpool to Chicago’s projects. Bernard Rose’s Candyman (1992) features charismatic drip king Tony Todd in the title role, and Todd’s mouth features real bees playing themselves. Also starring Virginia Madsen as a graduate student who Karens her way through Cabrini-Green in search of stories for her thesis project. From a story by Clive Barker and backed by the demonic funhouse tunes of Phillip Glass, Candyman has endured so long as a horror classic that a sequel is arriving later this year, directed by Nia DaCosta and produced and co-written by Jordan Peele.

How well does this cult classic slasher fairytale hold up almost 30 years later? Why can’t some college professors keep it in their pants? And how did Candyman take care of baby Anthony for that whole month? Listen to the episode when it drops this Friday to find out.

Candyman is available to rent from Amazon, Google Play, and iTunes. Or you can just say Jeff Bezos’s name in the mirror 5 times, outmaneuver him in some kind of massive bonfire scenario and take his place.